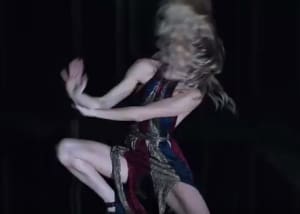 Marcus Tesoriero:  Achieving creative content you’re proud of is tricky. Coming up with ideas is easy. Factors line up to knock over your best ones or make a dog’s breakfast out of others. A few ideas have fought a courageous battle here.

Marianna Harvey: A real mixed bag. The hits include a Kangaroo talking about coloured grout and a bit of silliness in the desert. The misses include American work being repurposed for Australia, and an emotional attempt to sell air conditioners.

MT: Very impressive. Tom Thum, the guy in this short film covers every sound including instruments, singing, voices and more. We see a range of different people changing the radio station and getting various different styles of sound back. The idea – your choice is infinite on digital radio. Although, if I am to critique this as a piece of online advertising content, it’s way too long and needs to get to the point much sooner. At the moment, it feels more an ad for Tom than digital radio. A shorter edit might solve this and help take the content from good to great.

MH: I like the idea of using Tom Thum. He’s a great talent and agood way to show the diversity on digital radio. The line
is good as well. But the cool thing about watching Tom is that when it’s just him and a microphone you can see that all the sounds somehow amazingly come from him. The way this video is shot and edited, with all the production tricks, it distracts from Tom, hides where the sounds are coming from, and makes it unfortunately less watchable.

MT: Love this spot. I was like a rabbit in the headlights watching it myself. This ad could have so easily become a checklist of the benefits Car Advice provides for people. Instead, the creative stayed single-minded – for an entire minute – drawing viewers into a single piece of communication: Car Advice goes to extreme lengths to review a car accurately. It’s a simple script with clever, comical insight. I felt a need to watch the spot twice in a row, and that’s a good test of a great ad.

MH: A charming demonstration that makes the point simply – these guys are pretty OCD when it comes to reviewing new cars. The longer version was good with more time for clever comedic moments. It would also be great to see the series rolled out even further. It makes sense to specifically match them to common Google searches for reviews around safety, family cars and 4WDs.

MT: Beautifully shot with powerful imagery and visual effects, this spot feels unlike anything David Jones has ever done before. Sure, it’s a big hype reel filled with Aussie superstars – but it does the job for me. A clever choice of brand ambassadors like Adam Goodes reinforces the strategy, portraying fashion as a means of confidence and strength. Kanye West isn’t always for everyone, but this track slots in perfectly. Clearly targeting a younger demographic, this ad blasts David Jones into 2015, departing from the conservative housewife territory where it arguably once resided.

MH: A blockbuster ad with a big soundtrack. It certainly takes DJs up a few notches. And I really wanted to like it. But when the end supers came up, ‘whoever you need to be, it’s in you’ I was left confused. Then I watched the shorter ads which told the individual stories. Lines such as ‘Confidence, it’s in you’ were less cerebral and worked a lot better for me. But hey, pretty pictures and the soundtrack will impress most, just a shame they didn’t nail the idea too.

MT: Finally someone has said how it is. Mount Franklin is selling water here people, and that’s all it is. But more than that, it’s Australian water. For me, that’s the clever part about this strategy. If you’re going to choose a water, choose the Aussie one. Although Cool Ridge is trying the same tactic at the moment, Mount Franklin, with its Coca-Cola-sized budget, has done it well. I found myself laughing through plenty of points in this spot. Mind you, I do have a juvenile sense of humour, and that leaves me with one only question: what do my parents think of it?

MH: A silly bit of fun. And it needs to be when you’re selling water. I like the bad wig, I like the underwater product enjoyment shot and I like the dialogue. It’s logic you really can’t argue with. So next time I feel like some anti-dry, pre-wetted, see-through water, I might as well grab some Aussie Mount Franklin rather than a bottle from France or Fiji.

MT:  There’s nothing really wrong with this ad – and nothing really amazing about it either. It includes beautiful, energetic shots of people being adventurous, intercut with Jeeps doing exactly the same . The music is the biggest standout for me, which was composed specifically for this ad with Interscope Records. It’s catchy, but music aside, all we really have is an expensive piece of wallpaper. Briefs requesting a ‘big’ ad can sometimes corner creative into these kinds of executions. If ‘big sales’ are what they’re after, maybe just revert back to ‘I bought a Jeep’? According to the Effies last year, it shifted a hell of a lot of cars.

MH: Looks like the American ad with the Australian bit shoved on the end. I actually bought a Jeep and it’s sometimes annoying when people keep reciting that line back to me. But hey, Australian advertising has managed to become a part of the vernacular and that’s not easy to do. So it’s a shame to revert to the American work now. Especially when it’s a lifestyle montage where they awkwardly work the name of the product into the song.

MT:  Initially I was drawn in but I left feeling a little unsure about the message. I didn’t quite understand the use of babies until I dug up a press release stating this portrayed the importance of air purity. This didn’t overtly come across. The music track and emotional imagery are all doing the right job, leading to what should be a final, conclusive message. Nice looking spot, but a simple, unambiguous line could help wrap it all up.

MH: Feels a little over the top for me. Emotional music, tick. Cute babies, tick. Slightly patronising voice over, tick. The thinking is good but the execution makes me cringe a bit. This was an opportunity to use genuine moments and real emotion but it ended up as advertising moments that used all the emotional levers to attempt to sell air conditioners.