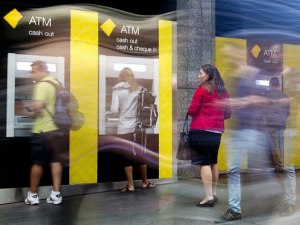 Commonwealth Bank has pulled advertising against news and current affairs content in the wake allegations it had failed to alert authorities about suspected money laundering activity at its teller machines, AdNews can reveal.

The temporary measure, confirmed by industry sources, involves TV and digital placements against news and current affairs spots for a matter of days to ensure advertising isn't placed alongside sensitive content in the wake of the scandal.

The bank will continue to run ads on commercial FTA and pay TV outside of news and current affairs spots. It is unclear if advertising is being pulled from social media where any backlash from the scandal could appear.

A Commonwelath Bank spokesperson told AdNews: "We regularly review and adjust our advertising schedule and continue to have campaigns in market."

Pulling advertising from news and current affairs content in the wake of negative news events is not unusual, according to one media executive, who said: “I imagine automotive do it when air bag problems occur.”

Australia's largest bank faces allegations it failed to alert authorities about thousands of teller machine deposits in breach of the Anti-Money Laundering and Terrorism Financing Act.

In a federal court filing, the Australian Transaction Reports and Analysis Centre (Austrac) accused CommBank of failing to identify risks and ignoring warnings from law enforcement agencies about large cash deposits across its network of ATMs.

Austrac claims that 1640 transactions totalling $17.3 million is connected to money laundering syndicates on Australian Federal Police watch lists, with many relating to illegal drugs and six deposits assessed as a potential risk to terrorism funding.

The bank has issued a statement in response to the Austrac claims.

“We would never deliberately undertake action that enables any form of crime. To that end, we scan billions of dollars of transactions daily, and report 4 million transactions a year to Austrac,” the statement read.