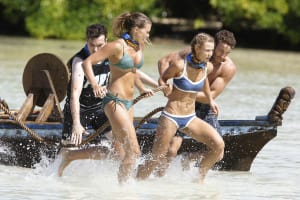 American production house CBS Studios has lodged a claim of $844 million with administrators of Ten, making it the largest creditor as a complete picture of the embattled network's $1.3 billion multi-year debt pool is revealed.

The figure represents the life-term of CBS's deal with Ten and is not what Ten currently owes the US business.

Ten's administrator KordaMetha has disclosed a holders report tabled at the first creditors' meeting. It lists organisations and individuals with a stake in the embattled business, including businesses that are owed money.

In total it lists $870 million worth of claims to local and foreign production houses, accounting for two-thirds of Ten's total debt pool. AdNews understands this is a mixture of multi-year deals and current programming costs, and does not represent Ten's current debt position.

"They were submitted by creditors for the purposes of voting at the first meeting of creditors. They have yet to be analysed. In many cases they represent debts and liabilities if the channel went off the air, which is not on the agenda. Channel Ten is paying its current bills while the sale and recapitalisation process continues.”

If administrators determine that Ten needs to be liquidated, a last resort if it is unable to returned to its directors or find a buyer, secured creditors and employees are the first that would be paid out.

The Commonwealth Bank is the largest secured creditor, claiming Ten owes it about $98 million.

The total amount claimed by secured creditors is about $129 million, which includes debts to Commonwealth Bank, minor debts to ANZ and Westpac, and $11.1 million each to the investment arms to loan facility guarantors Lachlan Murdoch, Bruce Gordon and James Packer.

Unsecured creditors mostly comprise production houses that produce TV shows, including CBS and 20th Century Fox, which has a $52.3 million shareholding in the business, but has only lodged a claim of $2.6 million.

The US production giant is part of Murdoch's News Corp and renegotiated its terms of its debt with Ten only after the business was placed into voluntary administration.

The huge sums of money owed to US production houses over a number of years are a major reason why Ten ran into debt problems.

Media agency Spark (listed as Starcom Mediavest) is listed as having a $3.3 million voting rights holding in the business but has not issued a claim.

“As Ten's media planning and buying agency, we don't have outstanding issues with Ten and are fully supportive of them as they work through this administration period,” Spark CEO Sue Squillace told AdNews.

Cricket Australia has a claim of $21 million, which is the amount that will be due as its rolling Big Bash League broadcasting rights contract comes to a close.

The other significant amounts being claimed by unsecured creditors are for local production houses that create Ten shows.

This includes $12.6 million by EndemolShine, which produces most of Ten's tent pole shows, including MasterChef, Australian Survivor and The Biggest Loser, as well as Offspring, Shark Tank and Gogglebox (a joint commission with Foxtel).

Freemantle Media, which produces Ten stalwarts Neighbours and Family Feud, has lodged a claim of $3.1 million.
The makers of game show Have You Been Paying Attention are owed $4.91 million, while ITV Studios, which makes I'm A Celebrity, Get Me Out of Here, has lodged a claim for $3.5 million.

There are minor claims lodged by SMI, Nine and Foxtel. Ten also owes $3.66 million to the Australian Tax Office.

A second creditors' meeting has been slated for 19 July but KordaMentha said it will seek a court order to push it back due to the complexity of the administration.