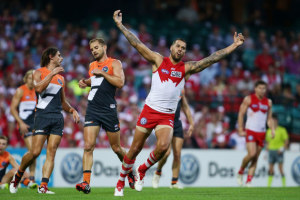 Clemenger Melbourne has scored the creative for the Australian Football League (AFL), following a competitive pitch.

The agency will lead the launch of a new brand platform, as well as the its 2018 season launch, marketing of marquee rounds, finals series, and activities to help grow NSW and QLD audiences.

Incumbent Cummins&Partners has been working with the AFL since 2014. Last year, the agency lured actor Chris Hemsworth to front its 2017 marketing push.

“It’s always a major decision when you decide to decline to pitch for a longtime client, but we’d had a great few years working on the AFL business,” he says.

“We were incredibly proud of the work we had created, how it resonated with fans and it’s contribution to the strong commercial growth of our greatest game over that time.”

Jeffares adds its been an honour to be involved with the launch of the “You make the game” brand platform, as well as the AFL’s ‘Yes’ work in support of same-sex marriage.

“We are delighted to be working with Clemenger BBDO Melbourne and are looking forward to launching our new creative platform for the 2018 season," AFL head of marketing and insights Julian Dunne says.

"We have such a passionate fan base and after record audiences in 2017, we have big ambitions for the year ahead with some work in the pipeline that’s going to help us achieve them."

"To be working with such an iconic Melbourne brand as it continues to grow nationally is a great honour for the agency," he says.

The win is one of the first under the new leadership team at Clemenger, including Lamplough and deputy CEO Gayle While.