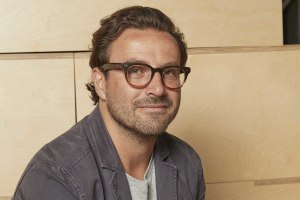 He will now take over leadership of Sydney and Melbourne.

Garrett was appointed Clemenger Melbourne CEO in 2015, replacing Peter Biggs. Prior to that he was CEO of Colenso BBDO in New Zealand.

AdNews understands staff were briefed this morning of the new leadership.

It was revealed in October that Pontin, who had been CEO of the Sydney business for nine years, would be stepping down.

All eyes have been on Clemenger Sydney to see who would replace Pontin, but Clemenger has opted to combine the roles into the one CEO position.

“Nick has demonstrated great leadership in his time at both Colenso BBDO Auckland and Clemenger BBDO Melbourne. He gets the needs of the new age of advertising, he’s a hunter, is loved by his clients and is a magnet for talent. He is a passionate believer in the importance of creativity as our key differentiation," he says.

Earlier this year Clemenger overhauled its own leadership and promoted Gayle While to deputy CEO and Simon Lamplough to the role of managing director. It came as former long-standing managing director Paul McMillan exited to launch The Monkeys Melbourne office.