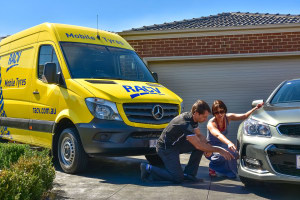 CHE Proximity has picked up the Royal Automobile Club of Victoria (RACV) account, following a competitive pitch, AdNews can reveal.

The agency, which was last week named the AdNews Agency of the Year, is now the sole agency responsible for advertising, digital, CX and data.

RACV has worked with JWT Melbourne since 2014, winning the account from TBWA Melbourne.

AdNews understands TBWA Melbourne and CHE Proximity went head-to-head in the final stage of the pitch but TBWA was unsuccessful in winning back the account.

It's a significant win for CHE Proximity, which is often appointed alongside another main brand agency. In this instance, CHE Proximity has the entire account.

CHE Proximity is currently looking to hire 35 staff, to handle RACV as well as other accounts, as the agency rapidly expands across Sydney and Melbourne.

At the tail end of 2017, CHE Proximity was added to the IAG roster alongside The Monkeys.