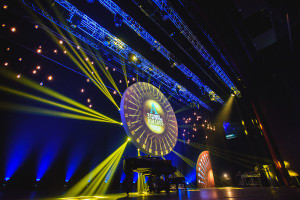 Ad of the year was also handed to The Monkeys and Meat & Livestock Australia for its summer lamb campaign. It’s the second year in a row the annual campaign has won the accolade.

Independent Agency of the Year went to The Royals.

The AdNews Effectiveness Award, which was introduced this year, saw two campaigns recognised. One, which showed effectiveness with a commerical outcome, the other, effectiveness in behaviour change.

The People and Culture Award went to REA Group.

Woolworths was named the AdNews Brand of the Year award, with judges noting the brand's incredible turnaround.

Tom Dery and Tom McFarlane were jointly entered into the AdNews Advertising Hall of Fame.

Read a profile interview with 'The Toms’ here.

Congratulations to all the winners, whose great work and business performance deserves to be recognised, and thank you to our sponsors for their support.

State Agency of the Year
BCM

Production Agency of the Year
FINCH

Independent Agency of the Year
The Royals

Emerging Agency of the Year
Poem

Digital Campaign of the Year
CHE Proximity, The Hearing Test In Disguise

Ad of the Year
The Monkeys, Celebrate Australia

Best Use of Data
CHE Proximity, The Hearing Test In Disguise

The Branded Content Award
TKT Sydney, Wasteland with a V’ a game mod by V Energy.

The UnLtd Award
Cummins&Partners / History Will Be Kind

Brand of the Year
Woolworths

Congratulations to The Toms.

A word from Maurice Saatchi.