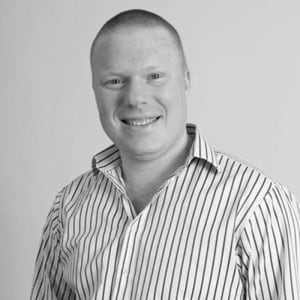 Both Marketforce and OMD are part of the Omnicom group, with Marketforce sitting under the Clemenger umbrella and OMD in Omnicom Media.

Marketforce/OMD chairman of the newly formed board, Jim Gall, says the appointment makes a "new era" for the agencies that brings together the power of the Omnicom and Clemenger networks.

The two agencies have worked together since conception, but will now operate in a more "integrated fashion", Gall says.

Marshall has been at Carat for nearly three years, also holding roles at Mindshare, Maxus, Initiative and OMD.

His appointment follows a period of unstable leadership at Marketforce, with two CEOs exiting in the last 12 months.

First, long-serving CEO John Driscoll stepped down, replaced by Paul Everingham, who resigned after just eight months in the role.

“There is no doubt Marketforce has been a bastion for creativity in Western Australia for many years and there is much to be proud of, however today’s fast moving, highly fragmented media and technology market requires a more seamless content, analytics, data and channel planning model to remain relevant," Gall adds.

“This is a definite signal that we are investing locally in WA with the best people, technologies and intellectual property to drive better business outcomes for clients."

The announcement follows the recent appointment of Paul Coghlan as chief creative officer and rounds out a complete management overhaul of the business.

“In Adam and Paul, we have agency leaders who understand how to combine brilliant creativity with new technologies to deliver highly effective communications. They also know each other well and have significant respect for each other’s capabilities," he says.

Jim Gall will continue in his role as acting CEO until June and will remain chair of the new Marketforce/OMD Board.