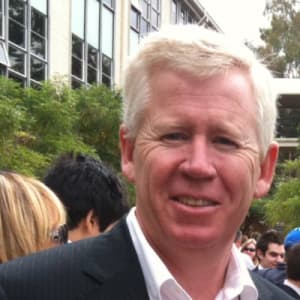 Marketforce's John Driscoll has resurfaced as the CEO of Seven West Media Western Australia, following the departure of Chris Wharton at the end of last year.

Driscoll announced he would be stepping down from Perth-based creative agency Marketforce last week after almost 30 years within the business, most recently as chairman and CEO.

He will join the senior executive team and report to Seven West Media CEO Tim Worner.

Driscoll will lead the development of Seven West Media’s business in WA including TVW7 Perth, The West Australian, The Sunday Times, thewest.com,au and perthnow.com.au, as well as 20 regional mastheads and Red Wave Radio which includes nine regionals stations.

“John knows Western Australia and has played a very significant role not only in media and marketing but also has deep connections with the community,” Worner says.

“We are all looking forward to working with him as we grow and get to know even better our huge audience in Western Australia."

Wharton announced his retirement in March this year after more than 20 years at Seven West Media.