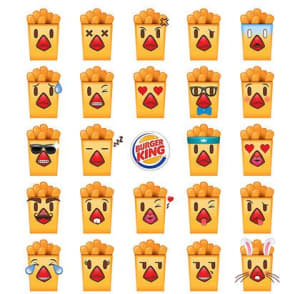 Earlier this year, AdNews reported that 2016 would be the year emojis conquer, and it seems we may have been right in this predication as brands continue to put the big bucks into bringing audiences branded content.

Last week US mobile app Kik Messenger announced its partnership with MediaBrix, a company that delivers branded content for mobile devices with an emphasis to grow the in-app rewards programs, Kik Points. Essentially users can earn Kik Points by watching a video or downloading a stick pack and then use the points to purchase emojis.

"Messaging apps like Kik are the future of communication and entertainment for the next generation, and the audience they reach has become highly coveted by marketers,” says Mediabrix CEO, Ari Brandt.

“But that same audience is highly sensitive to disruptive advertising so choosing partners who can facilitate brand engagement in the right way on their platform was critical.”

Interruptive ads have long been criticised for holding back the development of mobile advertising, with mobile campaigns missing the mark across the board. But with the development of branded content and branded entertainment, we are seeing brands nailing consumer engagement and as a by-product brands are able to use consumers to natively promote themselves to one another.

Snaps, a platform for advertisers to connect with consumers through branded emojis, is also working with Kik as a development partner and has worked with global brands such as Burger King and Dove. CEO Christian Brucculeri says he saw a gap in the market with consumers increasingly spending time in mobile messaging apps.

“Every brand knows that mobile messaging is the future of consumer attention, but until Snaps developed brand keyboards, there wasn't a great way for brands to put themselves into conversations between consumers that was fun, engaging and added a value,” Brucculeri says. 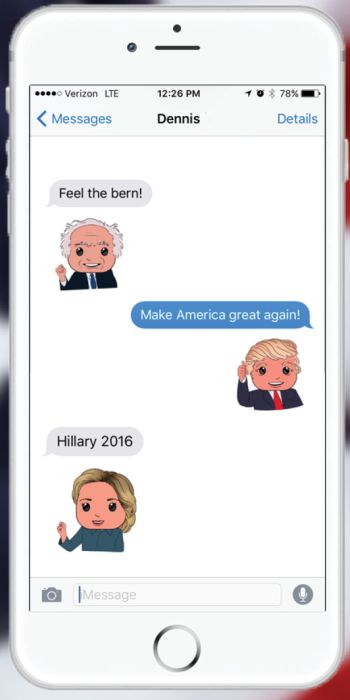 Brands aren’t the only ones utilising the power of emojis, with big events taking advantage of the emoticons. The Australian Open has had its second social slam with Twitter launching #AusOpen emojis to coincide with five tennis-related hashtags. Emoji platform, EmojiTap has launched presidential candidate emojis to follow the US presidential election, including Obama, Trump, Clinton and more.

Not only can you now Tweet out Obama's face, brands such as Virgin Active, Victoria's Secret and Durex created keyboards for content. Durex icons were created for World Aids Day and featured a #CondomEmoji that went viral.

With the biggest brands and global events establishing the importance of the social currency of emojis, it is clear the power of context is key. Users don’t want unrelated pop-up ads, but they will engage with branded content if it adds value to their experience, even sharing the content amongst peers if it is interesting enough.

This means great things for mobile advertising that has previously trailed behind in creativity.

Love emojis as much as we do? You should read this opinion piece on the rise of emojis as a social currency.