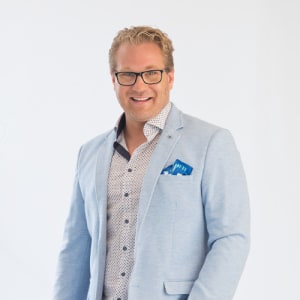 With an enviable CV including Maccas, Wrigley and Yum Brands, group head of marketing and digital at Craveable Brands, Ken Russell, has led the charge at varying major brands when it comes to transforming digital marketing strategies.

Speaking to AdNews, Russell explains how Craveable Brands – the parent company behind food giants Red Rooster, Oporto and WA’s Chicken Treat -  is on the cusp of launching a data management platform (DMP), as well as revamping its apps and upping its focus on loyalty.

It’s already using Salesforce’s marketing cloud offering to aid digital marketing automation and analytics, with Russell quick to stress how vital it is to have a data strategy, to understand where your data is being housed and how accessible it is.

“You've got to have a team of analysts, whether it's an agency that does your analytics or whether you bring it in-house – either way, if you don't have anyone analysing your data to understand exactly what you should be doing with it from a segmentation and driven standpoint, you'll never get anywhere,” Russell says.

“Otherwise you just put people on really dumb journeys to piss them off.” 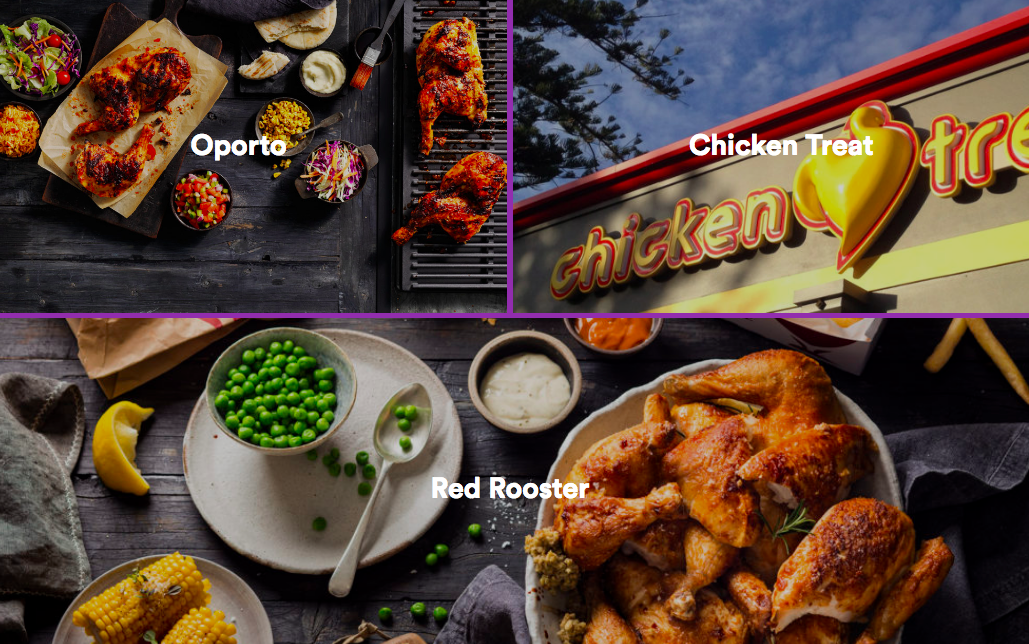 Portuguese-style chicken brand Oporto is the “young, engaged and dynamic brand” with more than 150 restaurants. With national coverage of more than 360 restaurants, roast chicken franchise Red Rooster is the “familiar and nostalgic” brand and Chicken Treat, the smallest of the three entities, has a network of more than 60 stores across Western Australia and Queensland only.

With aggressive growth plans for all three brands, including ramped up loyalty programs and new apps, Russell says the DMP will be put to use for all brands.

He describes the move as creating a “parent/child relationship”, allowing it to pass segments across the three brands, with Craveable at the top and the three business units underneath.

“We've got fantastic insights around our known customers who have identified themselves through our loyalty programs; we've got behavioural data around how they're behaving online, through our e-commerce channel, through our loyalty applications, how they purchase, what they love, whether they're weekend shoppers or morning Monday shoppers,” he says.

“However, we've got all of this information around these consumers but that's only accounting for 15% of our consumer base. The other 85% we have got no idea. So, the DMP is giving us the ability to start to better understand those guys to then target them more effectively through the digital universe.”

Russell also says Craveable is “investing a huge amount of money into digital”, but while Oporto’s digital ad spend sits at about 15% and Red Rooster’s is between 17-20%, it’s not turning its back on TV … yet.

“What we've got to be quite mindful of is that with Red Rooster, TV does work, but we need to be mindful about how TV will work for different segments in the future.

“If you look at what my son does, he never watches TV. When he starts to become a mainstream consumer, it almost guarantees we won't be able to target him within TV. There's no way - you'll never get him."

While working “hand-in-hand” with the heads of marketing on its media mix, he says Oporto will do more within the digital space in the next year as it has a much younger demographic. Whereas, Red Rooster's current core audience is a lot older and more regional so TV is a big focus.

“With Red therefore, your splits within TV are obviously higher. Now, as we start to contemporise and make that brand more youthful, the place that you want to talk to those guys is within digital and that's why we're launching the DMP,” he says.

Russell, who started his formal marketing career with Wrigley in 2005 before it was acquired by Mars in 2008, launched sugar-free chewing gum 5 Gum. That was his first exposure to major digital marketing campaigns.

He also mentioned the “the most successful” Facebook campaign he’s ever done, achieving organic growth of 70,000 Facebook fans with no ad spend.

But that was “back in the day, when everyone was all about acquiring likes for their Facebook pages”, as opposed to engagement, he explains.

“The best saying I've ever heard is that a 'like is the equivalent to a grunt in a conversation’. I learned that quite early on in my career."

From Mars, Russell went onto a Sydney-based brand manager role at NYSE-listed Yum Brands (above) in 2009, which owns KFC and Pizza Hut in Australia, where he was running 12-13 brand campaigns per year.

While working predominantly on Pizza Hut, competing head on head with Domino’s in building new apps and e-commerce, it was here he began “getting into CRM” (consumer relationship management).

His CRM introduction was via ExactTarget, which was purchased in 2013 by Salesforce for US$2.5 billion and later renamed Salesforce Marketing Cloud in 2014.

The likes of Salesforce, Adobe, Oracle and Marketo are increasingly making headway in the marketing cloud realms as marketers attempt to get a grip on their own data and zone in deeper on the customer journey.

Many argue that the people-change effort and CEO/shareholder buy-in to onboard these players’ technology, coupled with intense logistical efforts and cost, sees the firms like Salesforce, latch onto to a lucrative slice of these brands for years and years to come.

Russell is also proof in point that loyalty remains true, having dabbled with Salesforce at Yum and then helping to on-board the marketing cloud and ‘My Maccas’ CRM platform at McDonald’s, and again, now Craveable Brands.

“Yes 100% ExactTarget was the gateway into this world. We were utilising it to personalise how we were talking to people through email and SMS,” Russell says.

“It was a good eight years ago now and back then it was still quite sophisticated for email marketing. I remember presenting it to the franchisees within the Pizza Hut chain and they were saying it was some of the most sophisticated digital marketing they'd seen compared to where we are now.” 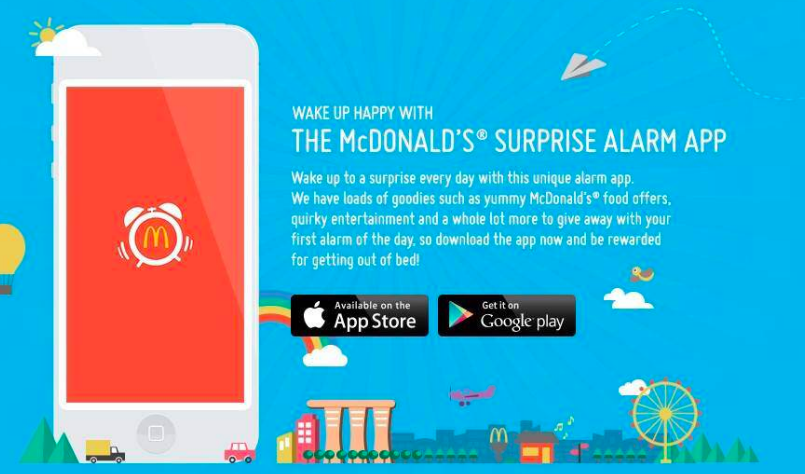 While at McDonald’s, Russell helped spearhead the Maccas Prize Alarm marketing drive and was also behind the strategy to slowly but surely make the move to digitise the popular Monopoly experience – which is still ongoing.

Despite being a fan of the marketing cloud tech at Yum, he still oversaw an official RFP for the tech while at Maccas – with Microsoft Dynamics, Oracle, SAP and Adobe being in the mix, but added “it was evident that marketing cloud was still on top”.

“That might change but, back then and even today, I still believe in the product whole heartedly. It's very, very sophisticated. It gives everything you want from a digital marketing perspective.”

Once on-boarded at Maccas, within a year the fast-food joint went from zero members in the My Maccas database to more than 2.1 million. Coupled with 1.2 million transactions a day, he said when running a good promotion, it was “very easy” to start building a database.

“Within a year, we got over two million people within the database. It was huge. That was used for all the great work the team, under Mark Wheeler, were doing. They've got so much information.”

During his time there, from 2012-2016, and driven by the then digital marketing director Mark Wheeler, who joined Google in March, McDonald’s digital adspend shifted from 8% to more than 30%.

During his four years at McDonald's, the brand fell down on getting transaction level detail. At Craveable, with Red Rooster and Oporto, the chains can get such data as people have the app so can scan in/identify themselves at the counter.

“It started off with physical cards which we quickly had to change that as it was very expensive. One of the biggest issues they had was they were handing these cards out willy-nilly, meaning we hand it to you and we don't know who you are. It’s just a card out there in the universe floating around, doing nothing.”

Craveable soon changed this by linking its loyalty program to its marketing cloud.

By the time Russell arrived at Craveable it had given out one million physical loyalty cards, but only had 6% were linked to an actual person.

“Now, with the phone numbers, this can all happen at the till. The pressure and the economics behind a crew member getting an email address was very hard and would slow down speed of service, so we are really fixated on just numbers."

The Red Rooster and Oporto apps had been asking for 15 pieces of information, so it simplified that down to four fields of first name, mobile, email and password.

The phone number enters the marketing cloud and they can then be targeted by SMS, which Russell says increased its acquisition by 25%.

This is all triggered in real-time immediately, so, by the time the customer sits down they have a link there to then complete the process. Between Red Rooster and Oporto, it has half a million members, but temporarily stopped pushing the program from an acquisition standpoint as it realised the apps weren't sophisticated enough.

It carried out a huge amount of research, talking to 4,500 people, to find out what they liked, didn’t like and what they wanted in a new app. The Oporto new app has just gone live with Red Rooster to follow in June.

Russell says without doubt the biggest challenge in marketing is being fast enough and as with larger organisations, they can't move as fast as they want to.

Craveable made headlines earlier this month, following a submission to a Senate inquiry into the operation and effectiveness of the Franchising Code of Conduct. Concerns were raised about the business model and how the customer loyalty scheme was “a direct hit to franchisee without any contribution from franchisor”.

Craveable Brands rejected the “false assertions made by a small group of store owners”, saying the “overwhelming majority” were “happy with the support they received.

How Coles is tackling digital transformation