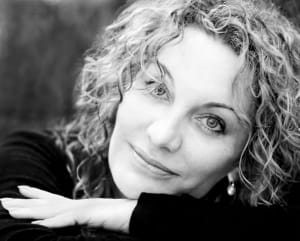 Twelve months ago, Australian health insurance company HCF made a “strategic and bold move” to embark upon digital transformation to modernise and future proof the organisation.

After carrying out customer research, meeting with its stakeholders, members and potential members, to get of a sense of what works and what doesn't, the business began the early stages of brining its business into the new frontier of digital.

It appointed Jenny Williams, who had two decades of experience in client side, digital and ad agencies, as CMO to spearhead the process.

“HCF wanted to facilitate a digital transformation and so it was a reasonably bold but strategic move to hire someone that came from a digital background and hire them into the CMO role,” Williams said.

Speaking to AdNews, Williams, who also played a pivotal role working as digital strategy consultant on Commonwealth Bank's digital transformation, says part of the digital transformation is to implement various tools in the Adobe Marketing Cloud and rebuild its website to make it “something the marketing department can own and manage”.

Williams, who said the firm aims to build a stronger analytics platform so it can carry out better optimisation and personalisation of content, said HCF is also set to soon go live with the overhaul – which has been in the making since she joined in March 2015.

The move will be accompanied by a major marketing push and a channel shift in its media spend. HCF, which partnered with Deloitte to start the implementation of its new digital tent poles, works with Match Media for media planning and buying and The Monkeys on creative.

Looking at its current media mix, she said 40-50% of its dollars go on TV, 35% digital and rest is on outdoor – but this will change when the campaign is rolled out.

“First cab off the rank is to rebuild our website and to make it something the marketing department can own and manage,” Williams continued.

In addition to shaking up its tech infrastructure, Williams stressed that digital transformation is actually more about personal people change management than it is about technology change management – adding that everyone who has anything to do with the website, content or technology, has to change the way that they are operating and has to be involved in the whole process from scoping and design to completion.

Transformation might be technology-enabled, but behind that is not just learning about new technology, but "actually figuring out what you want it to do,” she says.

“There are multiple layers in digital transformation. It starts with all the stakeholder interviews - what do you want the customer experience to be like? What works now? What doesn’t? What do we need to change? All of that requires a lot of engagement within the business,” she said. “Until they actually know what it is they are building then you can't actually figure out what their contribution needs to be.”

She said once everyone fully understands this, people will tend to me more engaged and will take greater levels of ownership. “Its actually about facilitating those stakeholders to participate in that conversation and teasing out of them what important.”

Legacy systems prevail She said most of HCF's current technology has been internally developed, that legacy systems prevail and there’s no content management system per se - meaning it can take HCF long time to get content live and to change things on the site "which affects the customer's experience,” she said.

“When we identify an issue with the customer experience it can be quite a lengthy process to get a modification put through.”

Williams’ words around being lumbered with old legacy systems echoes that of head of digital at Tourism Australia (TA) John Mackenney's views - who said TA was previously “tech dead”, before it embarked on its digital transformation journey.

Following the roll out of the varying stages she said there’s a lot of different KPIs the business will be looking for. “At the base level we are looking to improve our conversion rate,” Williams begins, but another key point is making things clearer for customers, who a lot of the time aren't sure what they've bought.

“We already have reasonably good insights into where we are losing people in the purchase funnel, but we'll have better insights here. In the health insurance industry there’s a lot of challenges around people not understanding what the products are so we’ve done a lot of work in designing more innovative user experiences that allow people to drill down and try to understand better," she says.

“The aggregators tend to simplify things so that it makes it an easier decision for people, but quite often what happens is when people make the selection they don’t necessarily know the detail they’ve bought and it’s not until they come to claim that they realise something is not covered.

As well as having the intention to make its members more informed about what they are purchasing, HCF says the strides it’s taking will also improve the customer relationship during the purchase funnel process.

It will then look at how to better optimise its media. “Just having a better insight into what people are interested in enables us to be more targeted in the way we buy media and the way that we do retargeting, which enables me to be more efficient with my media dollars.”

In addition to improving over time how it does A/B testing, landing page optimisation, speed to market, flexibility, personalisation and retargeting, Williams added that the moves it’s making, by using things like the marketing cloud, will see the company benefit from reductions in what it costs the business to make changes.