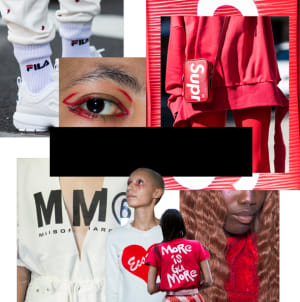 ‘Mood board’ for Bauer’s new publication

Bauer Media has revealed its plan for 2019, which includes a new publication for millennials and more events.

The digital publication is still in development and will be supported by two 'collectable-style' print magazines a year.

The move comes as several magazines have closed their doors, including Bauer's Dolly and Cosmopolitan, as digital platforms take away advertising revenue.

As well as the new platform, three other initiatives were revealed, covering the beauty, luxury and home and food categories.

'The Luxurians network' aims to connect advertisers with the luxury consumer by giving them access to data and insights.

Bauer is also going further into experiential, with Harper's Baazar launching the 'Beauty Festival', an event bringing leading experts together to showcase the latest technology and innovations in beauty.

'Live Life Luxe' also launches as a content series and will be hosted on its websites in the homes and food category. It features the lives of creative couples sharing their take on 'mindful living'.

The initiatives comes off the back of a study by Bauer and British forecasting consultancy The Future Laboratory, which revealed expressions of wealth are becoming less overt and consumers are increasingly wanting to connect with brands that are contributing to a better future.

The study also found buying power will move into the hands of the younger generation, with 85% of luxury spending controlled by this demographic by 2025.

Last year, the publication held its No Gender Selective Tax campaign, which brought attention to the 'tampon tax' that was eventually repealed by the government.

This year, Murphy said it is putting effort into supporting a more equal financial future for women, tackling issues such as financial abuse.