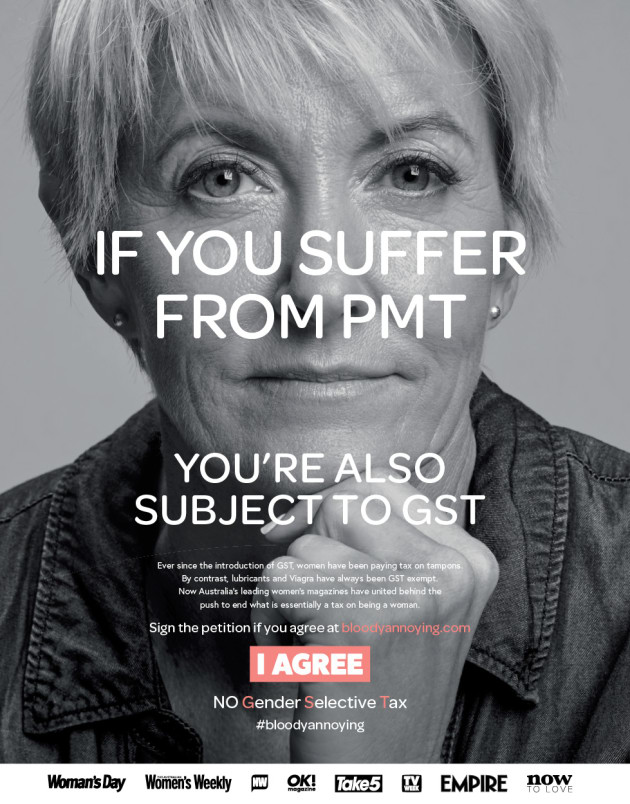 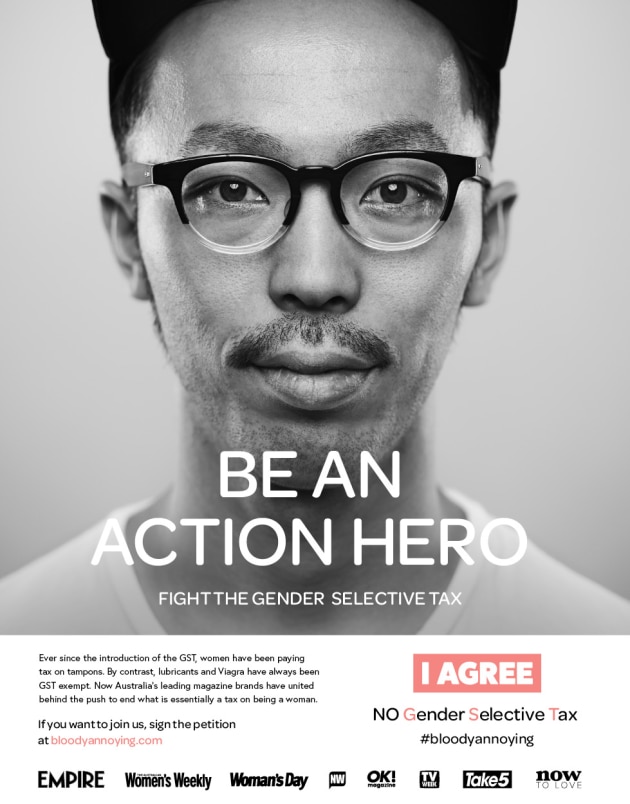 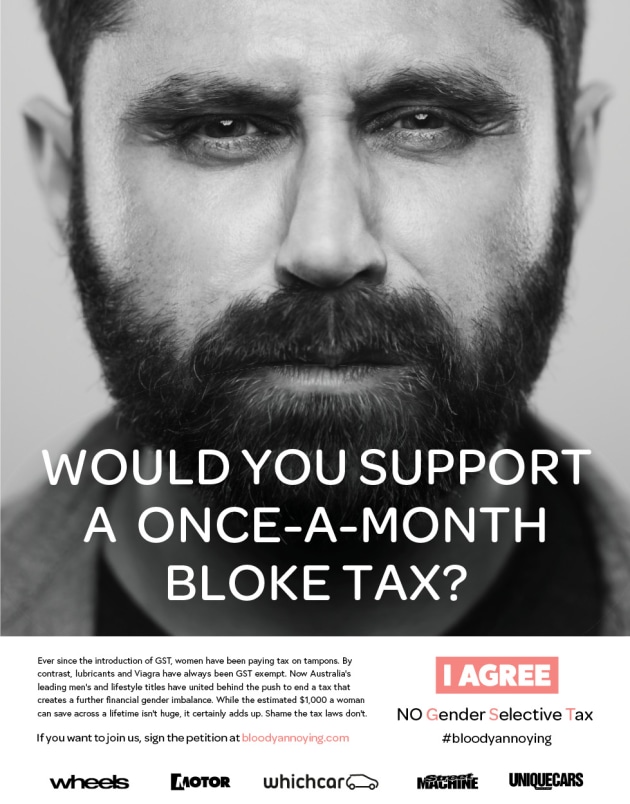 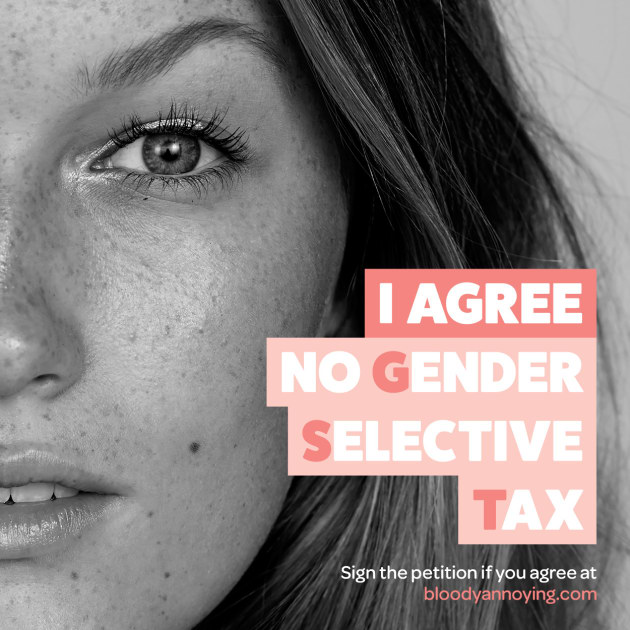 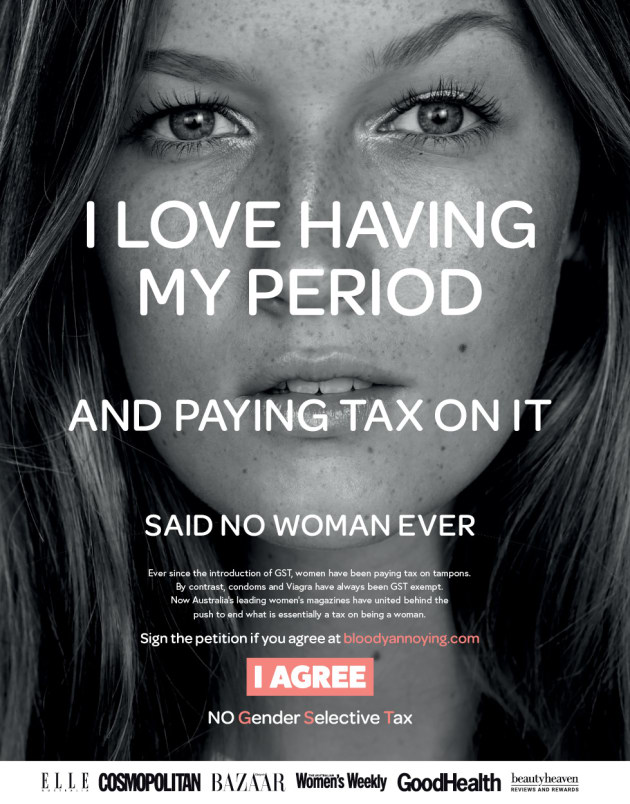 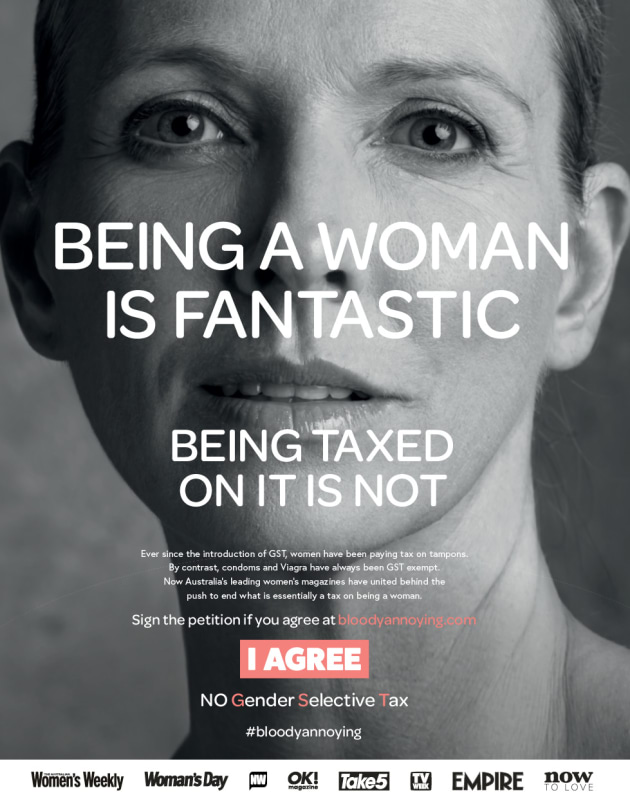 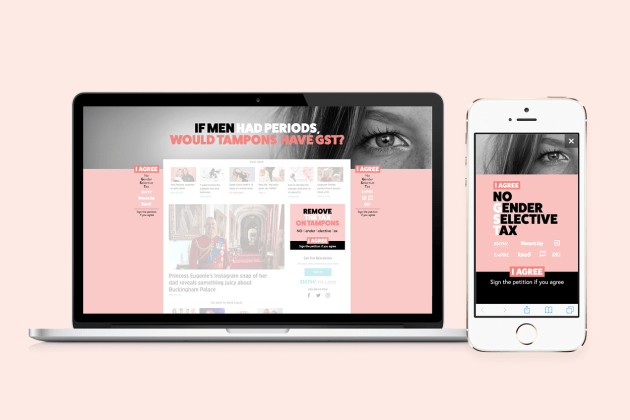 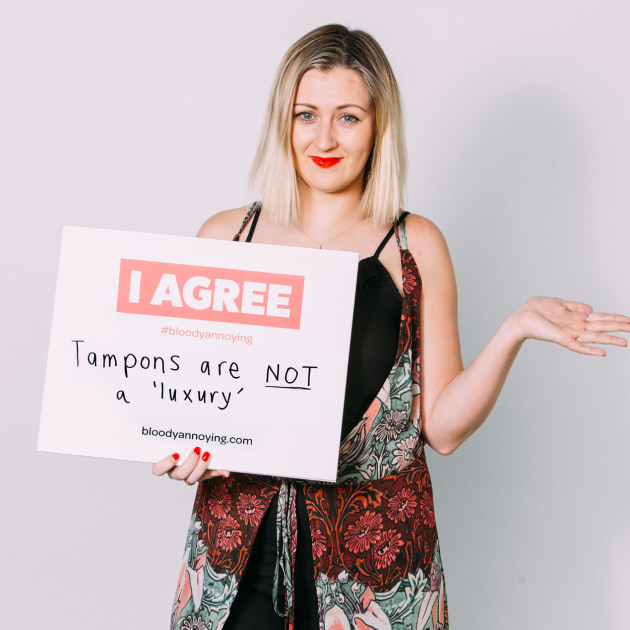 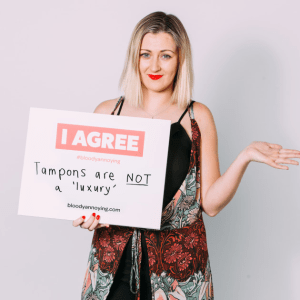 One of the pieces of creative that challenges the government to ditch the tampon tax.

The No Gender Selective Tax campaign will run across 36 media brands, including Elle, The Australian Women’s Weekly, Cosmopolitan, Woman’s Day and the Trader Group.

“This isn’t just about women, it’s about equity and fairness. The GST on sanitary products is effectively a tax on being female. It’s unfair and discriminatory and has to go,” says Fiorella Di Santo, Bauer’s GM of publishing for fashion, luxury, food and home.

Bauer Media CEO Paul Dykzeul says the company’s magazines have been “forceful advocates for women’s issues” for more than half a century.

“We intend to use our influential voice to make a change to our tax system that should have been made years ago,” he said.

The campaign was created by Bauer’s storytelling division, Story54, in collaboration with communications and advocacy agency Collins Gartrell. Consumers can sign a petition at bloodyannoying.com to join the campaign.

It's part of Bauer Media’s broader corporate purpose to publish 10 million words in support of a more equal future for women by 2019.

Story54 general manager adds: “Bauer Media’s role in this campaign is to act as change agents. We want to represent the voice of Australian women, and ensure this issue is heard and not hidden.”