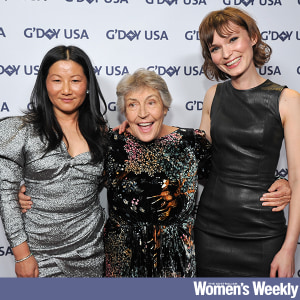 Bauer Media publication The Australian Women’s Weekly will make its first major investment in a feature film, based on Australian singer Helen Reddy.

The ‘I Am Woman’ biopic tells the story of Reddy, who became an icon of the 1970s feminist movement.

Named after Reddy’s US number one hit, the new Australian film is in production and is being produced by Goalpost Pictures founding partner Rosemary Blight.

Bauer would not be drawn on the amount of investment other to say that it was a “significant” amount.

The Weekly’s financial investment in the film represents a further commitment to telling stories about inspirational Australian women across media channels and is backed by research from readers who want to learn more about the extraordinary life of Helen Reddy.

“From being broke just weeks after landing in New York in 1968 to becoming the first Australian to win a Grammy Award, Helen’s story of adversity and triumph is nothing short of inspirational," The Australian Women’s Weekly editor-in-chief Nicole Byers said.

"The Weekly has been telling stories of iconic Australian women for more than 80 years and we’re delighted to be supporting the film production of ‘I Am Woman’ for people here and around the world to learn more about the achievements of this remarkable and hugely influential woman.”

The Weekly will be supporting the film and its launch, due in 2019/2020, with specially produced content across all of its platforms, including a full feature on Reddy and behind the scenes interviews with ‘I Am Woman’s’ cast and crew.