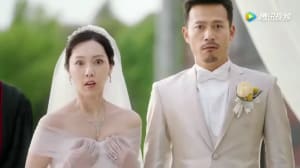 Audi is coming under fire and being accused of being sexist and archaic, for a Chinese ad that shows a groom's mother inspecting her son's bride at the alter as if she were a vehicle.

Update: Audi Australia GM of corporate communications Anna Burgdorf says the ad has been pulled and that it “certainly doesn’t reflect the values of Audi in anyway”.

After pulling at the bride-to-be's nose, ears and teeth, the mother-in-law becomes dissatisfied with the size of her breasts.

The ad then cuts to an Audi cruising down a highway with a voice-over saying: “an important decision must be made carefully”.

The ad sparked immediate backlash with some calling for a boycott of Audi, which is one of the biggest auto brands in the world and in China.

Some are also claiming the ad pushes archaic marital traditions as the mother-in-law has to give permission for the son to marry his bride.

While it is not clear whether Audi China will pull the ad, an Audi spokesman has told the South China Morning Post the matter was being investigated.

Although we're only half way through 2017, it's already been an turbulent year for big brand advertising.

The year started with the infamous Kendall Jenner/Pepsi commercial, which was pulled merely 24 hours after its launch, Nivea then faced huge backlash with its 'White is Purity' ad.

A few months later, Skittles withdrew its umbilical cord spot and McDonald's was then forced to pull an ad about a deceased dad.

While these campaigns didn't necessarily break any advertising codes or come under scrutiny from advertising watchdogs, the negative backlash from consumers was enough to kill off multimillion-dollar campaigns.