APN Outdoor takes over as Cannes Lions representative for Australia 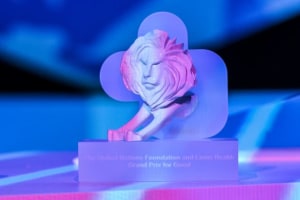 APN Outdoor has taken over from News Corp to become the official Cannes Lions Festival of Creativity representative in Australia.

Sydney-headquartered APN Outdoor, which is headed up by CEO James Warburton who joined in October, takes over from News Corp which has represented the festival since 2008.

Long-time chairman of Cannes Lions Terry Savage, who is to cut ties with the annual event after this year's festival, thanked News Corp for its support and wished them every success. It's unclear why ties have been cut after such a lengthy partnership.

The festival representatives are a global network of organisations form more than 90 countries and APN joins the likes of Val Morgan Cinema Network in New Zealand; The Guardian in the UK and cinema advertising network NCM in the US.

By inking a partnership with the creative showcase held in the French Riviera, it shows APN is supporting local agencies and clients and jury members. APN Outdoor will also organise the Young Lions competition and host events and screenings of Lion-winning work throughout the year.

“As a business, we are continually investing and innovating in our assets to ensure we can provide the most effective canvas for brands’ creativity to reach their audiences,” Warburton says.

“We see the partnership with Cannes Lions as a similar proposition – an exciting opportunity to both drive engagement with Cannes Lions down under and to support creative agencies and clients to participate and succeed in this globally renowned showcase.”

In November Cannes Lions owner Ascential unveiled a major overhaul of its flagship festival following increasing pressure from advertising holding companies who have come to see it as too expensive.