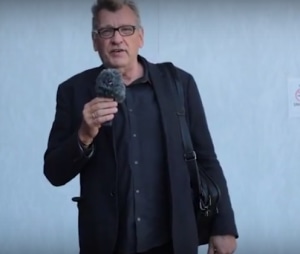 Terry Savage, the long-time chairman of the Cannes Lions Festival of Creativity, is to cut ties with the annual event after next year's festival.

He has been part of the organisation for 33 years and Cannes Lions announced his departure over the weekend. Philip Thomas, CEO of Lions-owner Ascential Events, described Savage as "a big personality with a big passion for creativity" and a "huge figure" in the history of Cannes.

Before joining Cannes Lions, Savage ran cinema group Val Morgan. He began his career with Cannes Lions representing the Australian contingent, went on to be named CEO in 2003 and became chairman in 2006.

His exit comes as Cannes Lions has faced its biggest challenge in many years. At the 2017 event, Publicis group global CEO Arthur Sadoun, announced that Publicis would not be entering any of the awards in 2018 as it pulled back its spend. Instead, it would invest it in building an internal artificial intelligence platform designed to future-proof the business and change how it operates.

WPP global CEO Sir Martin Sorrell has longed taken issue with Cannes Lions excesses, and there have been many concerns over the festival transforming into a money making vehicle rather than a  genuine celebration and recognition of creativity.  Revenue from the festival tipped over US$80 million in 2017.

Savage says: “Creativity has been central to everything I believe in and having spent a large part of my career involved with Lions I leave in the knowledge that creativity in all of its varied forms will continue to thrive and be centre stage at Cannes Lions. The Festival has always evolved, and I am certain it will continue to evolve as the industry changes, and thrive as it has for 65 years.”

When announced in November they marked the biggest changes to the programme and the festival’s organisation in many years.

Most in the Australian market seemed happy with the changes and believe they will bring a refreshed sense of positivity and purpose to the event.

Savage continues, “Post Cannes, through the business opportunities I have before me, I will continue to ensure that the profound commercial and social impact of creativity takes a preeminent place in organisations around the world, and look forward to helping others achieve a like-minded position.”