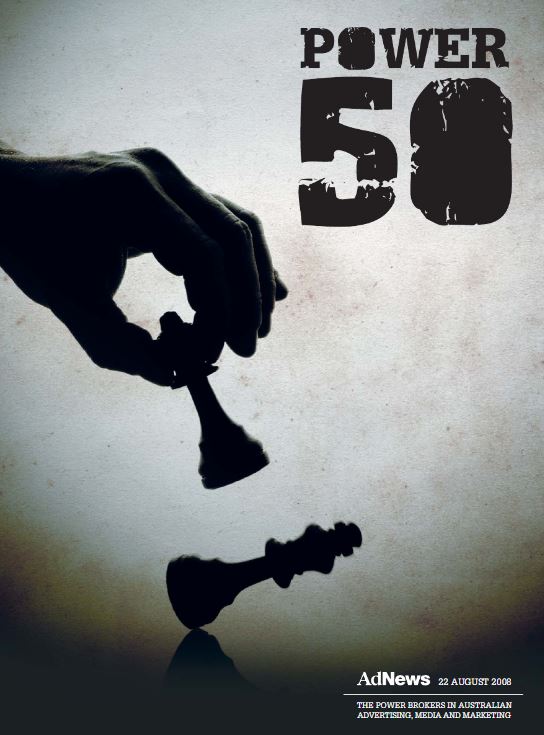 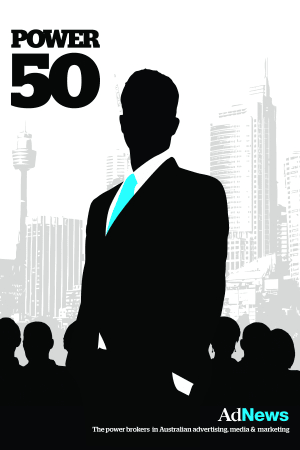 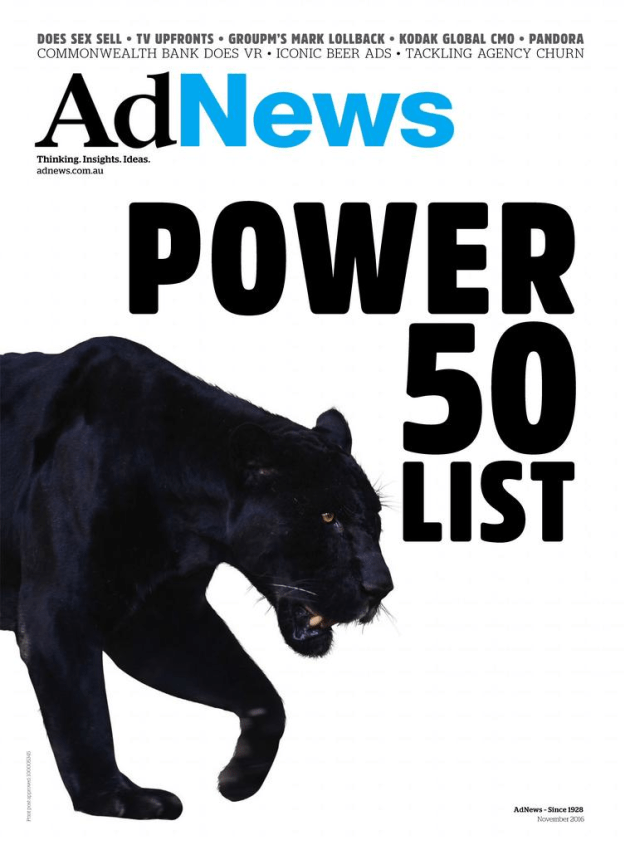 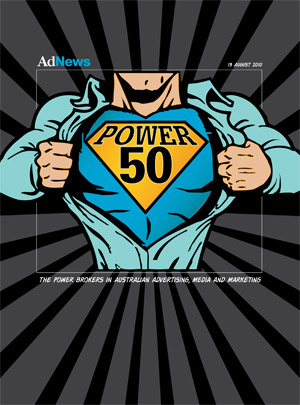 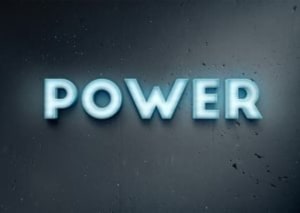 Zoning in on a list of the top 50 most powerful people across Australia’s advertising, media and marketing landscape is no mean feat.

While there’s a wealth of talent in the market, it’s those with both talent and power that are running, shaping and driving the industry we all know and love.

From big budgets to big billings and even bigger ideas, the September edition of AdNews will take a look not only at the top 50 power players, but also the ones to watch, the top 10 media CEOs, the top on-air talent and the big global companies exerting the most influence in our market.

It’s important to note that the list doesn’t correlate to last year's AdNews Power List. We started from scratch and after much discussion and research. While we know not everyone will ever all agree on everyone featured, we are happy with the end result.

So in case you can’t quite wait we have a sneak peek of a few power players who made the top 50, and also the ones to watch.

Check them out below and remember, if you want the full feature you need to subscribe to AdNews in print.

Subscribing to AdNews in print gives you access to more in-depth features and long form content and also helps support AdNews as a leading industry publication. Support us here.

Here’s a few who have made the list but to find out what position you’ll have to wait for the in-print issue to hit your desks. In no particular order:

Gordon is a regional media baron with national ambitions. He owns WIN Corporation, has a significant stake in Nine and is the largest shareholder of Ten. While the joint takeover bid of the embattled free to air network he has long coveted didn’t go ahead, there’s no doubt his influence has rapidly accelerated. Gordon is one of 15 Australians to make every AFR rich list, and while his wealth may have slowly waned over the years, his influence, even at 88, certainly hasn’t. 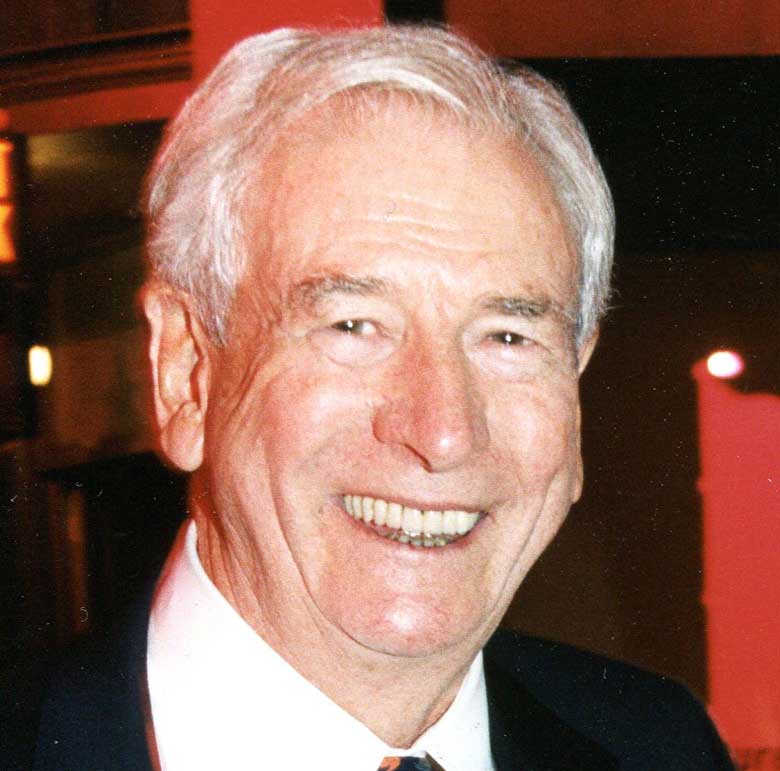 Since joining in May 2016, Guthrie has led the national broadcaster in a new strategic direction, bringing clout, more Australian content and a major staff shake−up to ‘urgently address’ declining audience figures across television and radio. In March 2017 Guthrie, a former media and technology lawyer, revealed a major cultural and structural transformation at the ABC, to make it better equipped to meet the challenges of the digital era and address significant audience gaps: socially, culturally and geographically. $15 million was also earmarked to help grow ABC’s regional bureau teams. ABC’s digital assets are constant high performers in the Nielsen Digital Ratings, alongside the likes of news.com.au and nine.com.au, showing its top tier clout and influence. 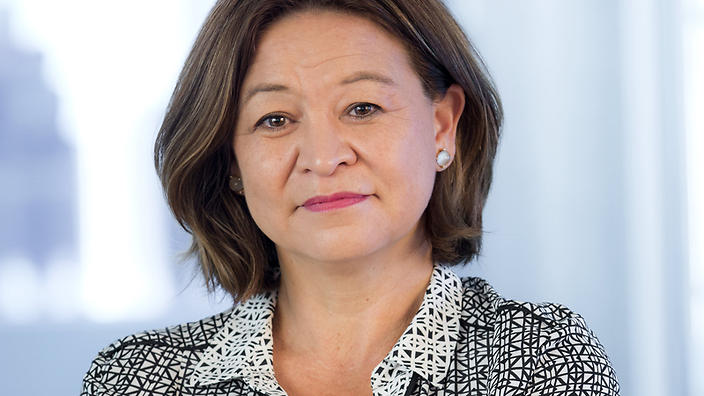 The familiar face of Easton will once again be at the helm of Facebook Australia from this month when he takes over from Stephen Scheeler. Easton is returning to the top job after a few years in APAC where he successfully scaled some of the biggest markets in Southeast Asia and India. He is a leader who is said to be “firm and charming” and back in May indicated he was looking forward to bringing to life an “incredibly exciting roadmap of new products, services and technology” upon his return. 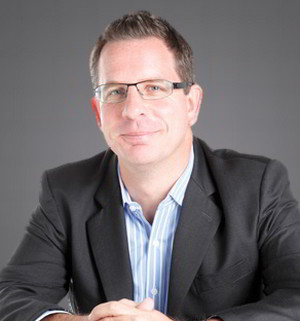 The Ones to Watch:

Here are a few people who are on the Ones to Watch list. In no particular order:

Bigger than most of the big local agency groups and consulting firms, dominant data player Quantium is led by Adam Driussi, who left Deloitte in 2002 to start the business. As co-founder with Quantium exec director Greg Schneider, Driussi has driven the business hard, inking major partnerships with the likes of Woolworths, Unilever, Facebook, Lion, Mars, David Jones, Coke and more. Driussi has big plans to double the firm’s size in the next three years. 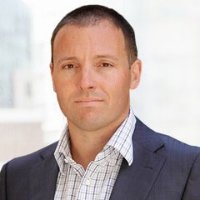 In charge of those investment purse strings, Keith heads up the investment arm of Publicis Media – which houses Starcom, Zenith, Spark Foundry, Blue 449 and Performics. She’s responsible for more than $1.3 billion in media investment for clients in Australia and New Zealand. 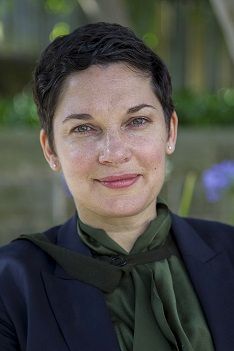 Buckman has now been at Foxtel for 18 months and while he’s the network’s top marketer, he’s a board−level business partner. Buckman has set about overhauling Foxtel’s brand and its customer propositions and packages at a time when the brand desperately needed to update its model. His CV is one of the highest profiles an Australian marketer can have, having led marketing at Commonwealth Bank and Telstra. It will be interesting to see how his role and influence within Foxtel and News Corp grows. 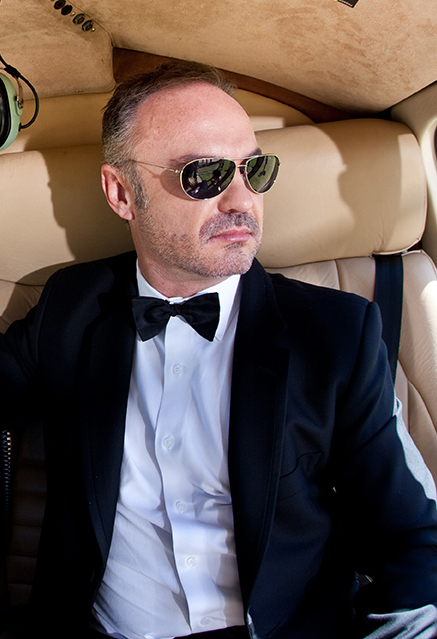 Are you subscribed to our montly magazine? You can also read a digital version. Sign up here.

Want to check out our some of our previous power lists?

2016: We name the most powerful people in the industry: the AdNews Power 50 is revealed

Also, check out some the historic Power 50 front covers below in our gallery.