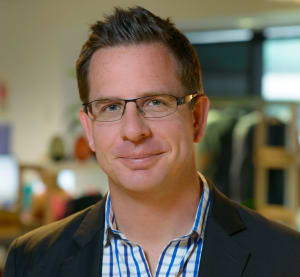 Facebook's hunt for a new MD has landed with a familiar face. Will Easton will return as managing director of the social media company's Australia and New Zealand business in September, filling a leadership void left by Stephen Scheeler's departure.

Multiple local Australian media, including AdNews, were briefed on the appointment on Tuesday afternoon.

Easton led Facebook's ANZ business for two-and-a-half years before taking up a post as Facebook’s head of emerging markets for Asia Pacific. He was replaced by Scheeler, who suddenly exited the business in February.

He has been at Facebook for four-and-a-half years and brings extensive digital media experience, having previously led Google's mobile business across Asia-Pacific.

"After a fantastic few years in Asia, I could not be more excited about returning to Sydney to work with our Australia and New Zealand businesses," Easton says.

Scheeler stepped into the MD role two years ago when Easton moved to Singapore. At that point Scheeler was already running the New Zealand business and had been with Facebook for three years.

AdNews understands he parted ways with Facebook over frustrations surrounding metrics and measurement. He was highly regarded in the market but stepped into the role at a time when Facebook faced rising challenges and a number of scandals relating to over reporting.

It's often observed that it can be difficult for leaders of global media businesses based in Australia to impact change, as much of the strategy is dictated overseas.

Some have suggested during the search that the top job at Facebook is something of a poisoned chalice, questioning who would take it on amid the current challenges.

Facebook cast a wide net in the search, with several candidates from media owners, agencies and the tech industry putting their names forward. Easton’s appointment comes despite strong speculation that Yahoo!7 boss Ed Harrison was in the running for the gig.

He is a familiar and safe pair of hands, who knows the business and the market, which is what the platorm was looking for to navigate its current trials around misreporting of metrics and intense scrutiny of digital media effectiveness.

Easton continues: "I am looking forward to bringing to life our incredibly exciting roadmap of new products, services and technology. In such a period of transformational change across the industry, I’m confident Facebook’s continued focus on innovation will add significant incremental value to the people who connect and share via our services, our partners and the broader Australian and New Zealand community."

Facebook VP of APAC, Dan Neary, added: "Will is a highly respected leader within Facebook, having previously led our AUNZ business and more recently, successfully scaling our operations in some of our biggest markets across South East Asia and India.

"Australia and New Zealand continue to be very important priorities for Facebook and I am very confident through Will’s leadership and the partnership and support of the local team, that we will continue to add significant incremental value to our users, community and partners."