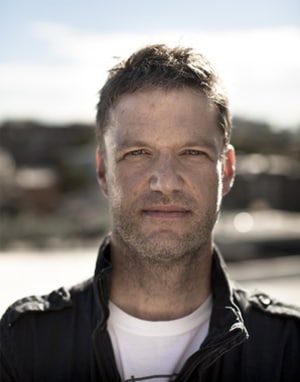 After five years, 303 MullenLowe ECD and partner Richard Morgan has left the agency.

Gary McCreadie, who recently departed Ugly, is tipped to be his replacement.

303 MullenLowe has declined to comment on McCreadie's appointment, saying it will announce its new ECD next month.

Morgan joined 303 MullenLowe in 2015 from DDB Sydney, where he was creative director for just under a year. He has also held roles at Holler, BMF and AMV BBDO.

“Sadly Richard has made a decision to move on. He’s made a fantastic contribution to the growth of our agency over the last five years and he’s been an invaluable member of our leadership team. As sad as we are to see him go, we’re excited to see what he does next," Cleaver says.

Under his leadership, 303 MullenLowe has significantly expanded its creative department and client portfolio, which now includes Audi, TK Maxx, Budget Direct, Unilever and Harley Davidson, among many others.

Morgan says he will consult on a few projects until he finishes up at the agency.

“I’m immensely proud of my role in building 303 MullenLowe into a credentialed national agency of over 120 people – and having raised its creative profile. It’s been an amazing journey and I’ve loved every minute, but equally it feels like the right time to embark on my next challenge," he says.

“I’ve enjoyed being part of a team that has built a truly integrated agency offering and being able to demonstrate how our creativity and effectiveness is enhanced by having media thinking, data analytics and technologists all in house. It all adds to delivering an unfair share of attention across diverse platforms."

McCreadie, who founded Ugly in 2017, departed the agency after less than a year last month. Prior to Ugly, he worked at TBWA for three years.