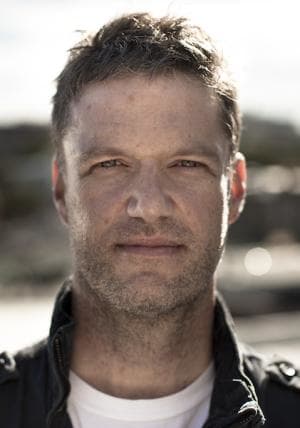 DDB Sydney's Richard Morgan will leave the agency next month to join 303Lowe as national executive creative director after just six months in the role, while 303Lowe has won the digital business for Continental.

Morgan will take the reins as national executive creative director at the agency from February, replacing Simon Langley who left the agency in November 2012. He will also be part of the Lowe international creative counsel, joining 10 other ECD's from the agency's network in managing its creative output.

Morgan joined DDB Sydney in July last year as creative director from digital agency Holler and has previously held roles including associate creative director at BMF and a copywriter at The Edge Melbourne, Publicis Mojo Sydney and Abbott Mead Vickers BBDO in London.

When discussing what he'd like to achieve in the new role and departing DDB, Morgan told AdNews: "I'd like to create a place that's all about ideas and that has interactive and shareable ideas at its heart. My philosophy is simple, which is hire people who are nice and are the very best at what they do and success will inevitability follow.

"It's been an absolute privilege and pleasure working with the DDB team, we've done work on McDonald's which we're really proud, but essentially the move to 303 was too good of an opportunity to pass up despite the timing not being perfect."

He added in a statement: "303Lowe is building a tremendous reputation for producing effective, award winning work, as its recent Effie and D&AD performances show. They have successfully built a business model that combines local ownership with international agency partnership. There aren’t many opportunities in this market like that. For me it’s the best of both worlds."

303Lowe chief executive Nick Cleaver said in a statement: “We are thrilled to have Richard join us. He is an accomplished creative director with the rare experience of having been a CD of both a digital and mainstream agency. His work is outstanding."

DDB Sydney's executive creative director Dylan Harrison told AdNews: "We're always sorry when a DDB member decides to leave the nest, especially after such a short time, but we're very happy for Richard and he has been working towards an ECD role for years, and these opportunities only come along once in a blue moon.

"I see Richard leaving at a time when the creative account has never been in better health and it's an opportunity to attract even more world-class talent."

The Sydney-based agency will manage all Continental's regional digital communications, in addition to its local digital operations for its Cup-A-Soup brand.

The brand's previous digital agency was SapientNitro, with 303's appointment effective immediately. The agency was appointed without a pitch.

303Lowe client services director Shane Sinnott said in a statement: "We are delighted with each of these appointments to the Continental brand.  It allows us to extend our scope of work into the digital space at a regional level with the brand development team for Continental.

“It also means that we are able to work with the Brand Building team at a local level in all things digital for the Cup-A-Soup brand and the management of the Continental Facebook page on a day-to-day basis."