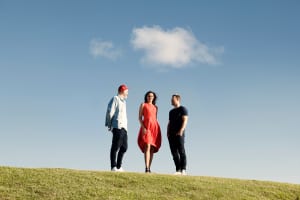 The agency, called Ugly, is partly funded by M&C Saatchi Sydney and describes itself as an “ideas company”, boasting a progressive model in comparison to traditional agency structures.

Klønhammer tells AdNews she sees huge potential in Australia for a different model that will draw on her, McCreadie and Bethinussen’s array of experience in the industry.

“We called ourselves an idea company because we don’t want to be pigeon holed into just providing comms and advertising. Rather, we are focusing on the power of creativity to transform business,” she says.

“We want to partner with clients that let us get as involved as possible. A big part of this model will be working with small senior teams, not bound by traditional agency roles. That’s our differentiator.

“There’s been a lot of talk about speed and one way you can get there is working with the senior team collaboratively and without entrenched siloes.”

Ugly will mix and match strategic and creative collaborators from outside the agency and the communications industry, depending on the problem at hand.

Also holding roles at BBH London and Grey London, Berthinussen says he has borrowed a lot of customer experience principles from his career, which he will apply at Ugly.

“A lot of the industry can be lazy around solving real business problems. We have concentrated on big clunky problems, such as growing market share, but we want to focus on much smaller, sharper problems for clients,” he says.

“Starting with people’s experience of a brand allows us to pinpoint where creativity can have the most impact on our clients’ business. The answer may lie in the product or the experience around the brand. We don’t assume advertising is the answer.”

McCreadie adds that advertising and the industry isn’t as complicated as agencies would have you believe, adding Ugly aims to simplify the process and “cut the crap”.

“It's easy not to love the game at the moment, a multitude of new pressures come thick and fast every day. Pressures of perfection, at speed, for less. So, if you create an environment that’s friendly and open, in which you can make mistakes and say dumb shit and not be judged, then creativity flows way more freely,” he says.

In terms of the type of work they will be producing, the trio agree they are open to meeting client demands through collaboration.

"We are open to the type of work because each client is likely to need a different solution. It may be an event, IP, creative or strategy," Klønhammer says.

As more agencies add media to their offering, Klønhammer says its something they may consider in the future but it's not something they are currently building out.

Ugly is redefining the compensation model from time to value, adding the old model is “outdated” and doesn’t create a “genuine relationship” with clients.

Based in Pyrmont, Ugly is currently actively recruiting, looking outside the creative industry for the right people.

"We aren't looking for standard creative people," Klønhammer says. "They might be architects or artists - we want people that think in different ways."

While Ugly is financially backed by M&C Saatchi, it does not fall in the group and is independently led.