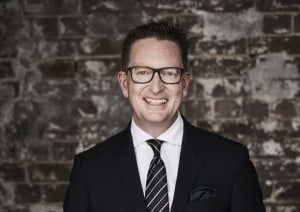 Speaking to AdNews, Stephenson says the deal will also put the company in a better position to compete with burgeoning international players, as well as the larger local media businesses.

"At our absolute core we are a content company that is now pivoting to a place where that content can be underpinned by a deeper understanding of who our customers are, through our current data proposition and the enhanced offering this new deal will bring," he says.

"Moving forward, we expect to be able to deliver on this for advertisers through world-class advertising technology, doing so at scale, which will allow us to compete more effectively with the likes of Google and Facebook."

Stephenson says the execution of this new strategy centres around the consolidation of assets, which includes Stan, Domain, 9Now and traditional broadcast and print.

"When we add Stan and Domain with a much broader digital publishing business and 9Now, alongside our traditional broadcast and print assets, it creates a really powerful platform for brands," he says.

"We will now be focused on doing that in a premium content environment, especially now that we are made up of further premium assets."

Nine says the reaction  to the deal has been "overwhelmingly positive", with media buyers, agencies and clients all expressing excitement on what the new combined cross-platform entity can offer the market, with data-based consumer insights a focal point of the new offering.

However, the news that Nine and Fairfax will become one company has shaken Fairfax and Nine staff, as well as commentators who expressed concerns over clashes in company culture, as well as fears of looming redundancies.

Stephenson addressed the concerns, stating that the business would remain committed to journalism and those working under the Fairfax titles.

"At Nine, journalism is a part of our DNA, we've always been committed to quality journalism and it remains critically important to us, this won't be changing," he says.

"As a part of this, our board and management team made a commitment to Fairfax and the editorial charter but our actions will speak 1000 words because we will continue to live and breathe journalism and I think that will be seen going forward."

The competition watchdog, Australian Competition & Consumer Commission (ACCC), has said it will review the Nine-Fairfax deal to ­assess whether it is likely to substantially lessen competition.

The ACCC has stated it would consult industry stakeholders over a 12-week period.

Stephenson, and competition lawyers, are confident the merger will be cleared.