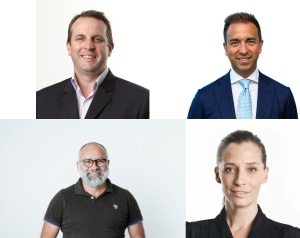 Following the announcement of media reforms earlier this year, the industry waited with bated breath to see who would make the first move. This morning we got our answer, as Nine and Fairfax announced a $4 billion merger that sees the Fairfax name absorbed and Mark Hugh take the helm.

AdNews approached key players in the market to gauge their reaction to the mega merger, which has so far been welcomed by top execs from Dentsu, GroupM, PHD and Havas, who all agreed the news comes as no shock.

Dentsu CEO Simon Ryan says the deal, which he describes as "one of the biggest industry shake-ups" in some time, as a positive move.

"The merger is the first major media deal post the reforms and this is a good step forward for the Australian media landscape," he says.

"The important thing here for this merger is that it creates value for shareholders, but equally we have to find ways to work with Nine to create value for clients."

He expects Dentsu to continue its strong relationship with both parties and the deal to lead to greater efficiencies when buying across Nine and Fairfax assets.

"If you're buying media off a combined platform as opposed to different platforms, across different businesses, this provides efficiency for clients," Ryan says.

"It's an opportunity for topline revenue growth under the new arrangement, but equally you are going to find it easier for clients and agencies to transact with similar media companies."

PHD CEO Mark Coad agrees but remains cautious as to whether this deal is simply a scale and cost-saving exercise, or whether the two have real strategy syngeries in place.

He says from the outside, the deal appears as though both Nine and Fairfax are "forming another News Corp".

"The real question is whether the motivation for this merger is for scale/cost purposes or is it a genuine strategic move, with key frameworks and synergies. In all likelihood, it is both," Coad says.

GroupM chief investment officer Nicola Lewis, who worked at Fairfax's The Age when she first relocated to Australia, says the deal doesn't come as surprise with the 2017 media reforms paving the way for this type of mega-merger.

"First and foremost the media reforms were designed to promote Australia content and support and sustain a future for the Australian media landscape. This deal does just that. When you specifically look at the proliferation of expertise in Australian content between the two businesses, it makes an enormous scale play in terms of Australian content," she says.

"We have to be aware that a deal like this presents an opportunity to reduce costs, streamline tech partners, as well as their data capabilities, systems and processes.

Havas Media ANZ CEO Mike Wilson believes this is the first of many deals that will "dramatically change" the Australian media landscape, but was apprehensive to label it a merger, viewing it more as a "takeover".

"If the media ownership law change was indeed the asteroid - what will happen now to the dinosaurs? We have our first answer," he says

"And there will be more to come, of course, and the media landscape will be changed dramatically; that much was anticipated.

"Mergers of this scale are notorious for throwing up surprises, and for Nine, the 'cultural integration' play will be key, as shareholders are busy celebrating efficiency gains."

Coad disagrees, stating, "it's not a seismic move in the media landscape", instead seeing the deal as a strategic reaction to the growth of international competition in Australia.

"As for whether this is a good or bad move – let’s not forget who these guys are up against. They are competing with significant global digital players that have a significant presence in this market," he says.

"One way to compete against that is definitely through scale. For that reason alone you have to assume that both parties are winners in this."

According to Wilson, eyes should now be on News Corp's reaction, as well as the other major players in the market.

"News is rarely outmaneuvered. And in CBS (Ten) we have a massive foreign media owner who has barely even got started in this market," he says.

"The new entity ought to represent significant new 'mixed media' opportunities for agencies and advertisers - all the research tells us this is the best way to build brands, and sell products and services. The trick will be how fast, and painlessly, the Nine-led operation can restructure capabilities and some very good talent."

The Australian Association of National Advertisers (AANA) also weighed in on the deal, with CEO John Broome "optimistic" that the merger will create further value for advertisers.

"Assuming the deal receives regulatory and shareholder approval, the new company will have an opportunity to provide advertisers with access to quality, segmented audiences on a mass scale," he says.

"It’s the first major consolidation in the media sector since the Federal government dropped its two-out-of-three rule last year and we can expect to see other major moves."