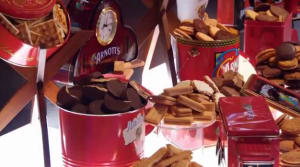 Zumbo’s Just Desserts has seen its lowest ratings since the show’s debut, crumbling under the pressure from other reality TV hits Married at First Sight, The Block and Australian Survivor.

Last night’s episode of the Seven show saw an audience of 657,000 metro viewers tune in to see the contestants challenged with making dessert with Arnott’s biscuits, down 39% from its launch episode.

While the 7.30pm program has previously had sweet success in the ratings, it has fallen to below the ratings of Australian Survivor, which had an audience of 662,000 in its 730pm viewing slot.

The most watched entertainment program for Monday evening was The Block (903,000) followed by Married at First Sight (843,000). The Nine programs also won the night in all key demographics.