'Over produced' Zumbo slammed on Twitter, but still hits a million 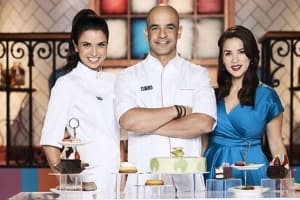 Seven's new reality show Zumbo's Just Desserts has debuted strongly despite being slated on social media. More than one million tuned in to watch 12 amateur pastry chefs be put to the test for $100,000 in prizemoney.

The show is a similar format to The Great Australian Bake Off and Masterchef but with a distinctively light-hearted, Willy Wonka's Chocolate Factory theme.

It pulled in an average audience of 1.08 million metro viewers, making it the most watched reality TV show of the evening, ahead of Nine's reno juggernaut The Block (961,000) and Ten's castaway format Australian Survivor (734,000).

While the numbers were positive, reaction across social media and the press have ranged from lukewarm to negative, with some armchair critics labelling it "overproduced", "scripted up the wazoo" and one suggesting it was huge ad for Woolworths. 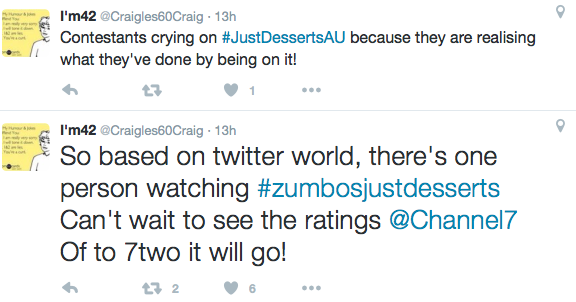 In the media, the show was described by one journalist as 'falling flat' and another questioned why there was not more of the star attraction Adriano Zumbo.

Nine's The Block had an 11% drop from its opening night, but is holding strong. Australian Survivor was down 6% from Sunday night, falling behind Ten's Have You Been Paying Attention? and The Project.

The Rio Olympic Games Closing ceremony failed to gain traction with audiences, pulling in only 614,000 viewers. 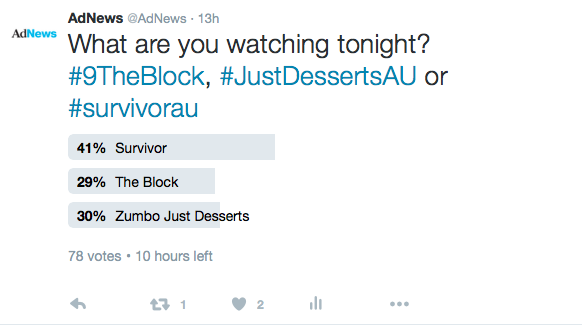 According to Meltwater, a social media monitoring business which creates sentiment indexes based on online discussions, the majority of nearly 500 online comments on Zumbo were negative, with a 5% difference between that and the positive vibes.

It found a total of 42% of the discussions about Zumbo were negative, 37% were positive and 21% neutral. 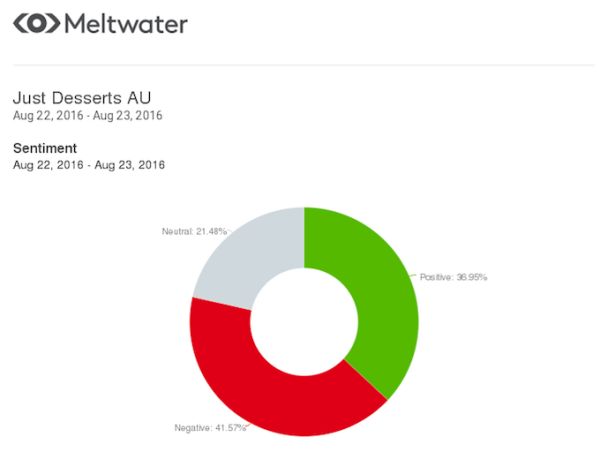 Meltwater spokesperson David Hickey tells AdNews the social search on Meltwater includes Facebook, Twitter, YouTube and blogs and uses natural language processing to pick up certain words, depending on what is being mentioned. For example, if someone mentions 'happy' in their tweet about the TV show, then this is picked up as positive.

In terms of neutral conversations being high, this may be attributed to people sharing and jumping in on the conversation without being overly positive or negative e.g. "Check out Adriano Zumbo's cake on the show last night. #JustDessertsAU".

#SurvivorAU continued to trend on Twitter, with conversations spiking around the private investigator Bianca being evicted from the island. While Survivor continues to be the most tweeted about show, it is not reflected in the ratings. #JustDessertsAU also trended on the platform, but was sponsored by the show.