Zumbo rises back up to the top 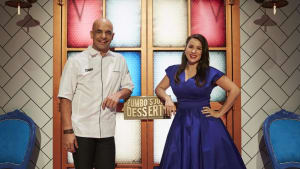 Seven’s Zumbo’s Just Desserts continues to rise up the ratings rankings, forcing the Twitterati to eat their words about the show being “over produced” and set to be cancelled.

A strong audience of 880,000 metro viewers tuned in to last night’s episode that saw the cooks try to recreate Zumbo’s Willy Wonka hat float in a tribute to actor Gene Wilder, who passed away yesterday.

While Zumbo’s Just Desserts was the most watched entertainment program of the night, Nine’s Married at First Sight was number one program in all the key demographics, followed by Survivor Australia.

Married at First Sight pulled an audience of 810,000 viewers, for its second episode of the series. This year, the show has included its first gay couple who have agreed to marry after being anonymously matched by a panel of experts.

The Block dropped significantly in the overnight ratings (792,000) compared to Sunday night episode which reached over a million. 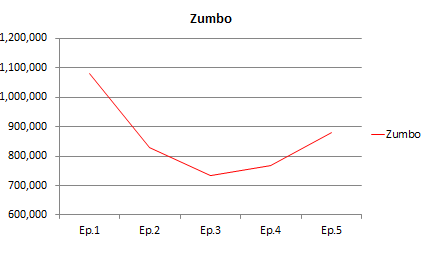 This graph demonstrates Zumbo's audience is going in the right direction

Ten’s Survivor (728,000) held a strong audiences, but with reality TV competition heating up, the show fell down the ranks in the entertainment category.

#SurvivorAU was the top trending TV program on Twitter last night, with conversations sparking around the big twist in the show, which saw one member of the opposing teams nominated not for elimination, but to join another tribe.