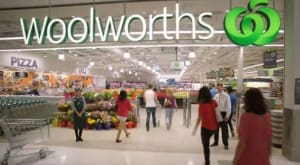 Woolworths CEO and managing director, Grant O’Brien, has retired after 28 years with the business and four years in the top job.

Woolworths also confirmed rumours that Penny Winn, director of group retail services, is leaving the supermarket giant to pursue a career as a non-executive director.

The business also flagged that 1200 jobs are set to be axed as part of cost savings measures.

In an announcement to the ASX, O’Brien said: “Woolworths is family to me and I have been honoured to work alongside our team of 200,000 hard-working, talented people for the past 28 years. Woolworths has a proud tradition of success and growth which has been built by dedicated Australians and New Zealanders.

“At the recent Investor Day we set out clear strategies to grow our businesses over the next three years and we have been working hard to execute these plans.”

However, O'Brien said that the recent performance has been disappointing and below expectations.

“I believe it is in the best interests of the company for new leadership to see these plans to fruition,” he said.

O’Brien will remain on as CEO until a replacement is found.

Woolworths chairman, Ralph Waters, said: “On behalf of the board, senior management and staff, I would like to thank Grant for his ongoing contribution and for his willingness to stay at the helm until we appoint a successor.”

Woolworths also said it anticipated a cost of $40-$50 million in FY15 associated with a number of workforce changes, including the cost of redundancies undertaken to date.

In addition to its plans to reduce 400 support roles, announced at the Investor Day in May, Woolworths has identified additional “opportunities to improve efficiency and remove outdated processes.”