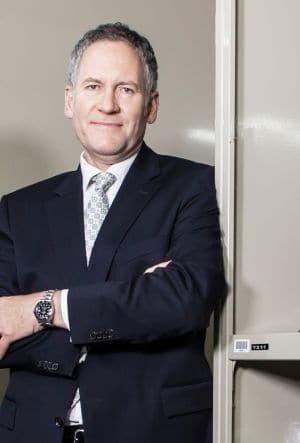 Little more than a year into the role as Woolworths’ top marketer, Tony Phillips has gone, continuing the well-oiled revolving door for marketers at the supermarket chain.

It is understood Woolworths new food and liquor boss Brad Banducci, a former vice president for The Boston Consulting Group, issued a brief internal note earlier this week announcing Phillips was finishing up at the retailer. Phillips last day was today.

Woolworths Liqour Group marketing general manager Andrew Hicks has been parachuted in to replace Phillips in an interim role. He worked with Banducci when Banducci headed the liquor division before adding supermarkets to his remit.

Woolworths confirmed the move to AdNews this afternoon.

Phillips will be at least the fourth CMO at the supermarkets chain in as many years after he was poached from arch rival Coles.

Details are scant but some suggested Phillips and senior management had diverging views on the direction of Woolworths marketing and the “Cheap, Cheap” ad campaign which was launched under Phillips tenure – he fired Droga5 and appointed Leo Burnett last year.

“The company needs to get some sales growth and they wanted to take it in a different direction to where he wanted,” one observer said. “The tension may have been around cheap, cheap and whether it was working and what it needed to deliver.“

Phillips did not return AdNews calls. However, a statement just in from Woolworths said:

“Tony Philips will leave Woolworths this Friday. We are proud of the work Tony has done in the past 12 months, including the reintroduction of the iconic Fresh Food People brand and the introduction of Cheap Cheap which has improved our price perception in the market.

We are undertaking a strategic review of our marketing functions and our brand direction as we refocus on getting our customers to put Woolworths first every time they shop.

Woolworths will commence a search for a replacement. In the interim, Andrew Hicks, currently Head of Marketing for Woolworths Liquor Group, will act in the role.”