Programmatic TV – a race to the top 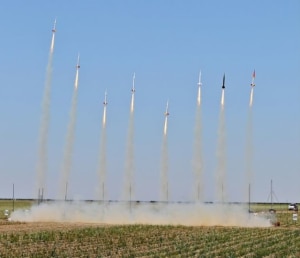 Whether it's The Guardian-led premium private marketplace or Southern Cross Austereo's foray into programmatic radio, the industry is moving at a fast pace and there’s no shortage of news and developments in this space.

With programmatic radio covered off in the AdNews in print issue on 6 February, and a special report on programmatic in this week's 3 April edition, we thought it was a good time to take a a look at the programmatic TV space specifically, and delve into who is doing what.

Doireann Ó Brádaigh, commercial director AU/NZ at pure-play DSP, The Trade Desk, said as a company, TV is the market that looms on the horizon for programmatic.

“With so many new ways to consume video and new ways to target audiences we see a clear convergence of programmatic addressable buying and the TV audience,” she said.

“As the TV spends are so huge, small deviation of spend (of TV budgets) into programmatic can grow the programmatic share considerably.”

In the region free to air TV dominates spend, but Ó Brádaigh said addressable programmatic could well be a major factor in the redistribution of this ad spend, particularly as OTT services broaden the subscription audiences.

General manager at VivaKi APAC, Grace Liau, said the business is close to launching its first programmatic TV campaign. She told AdNews that VivaKi is in the final stages of rolling out its proprietary TV triggering product, AOD Sync, in this market.

It allows them to serve ads on mobile devices during the 30 second window a particular ad is shown on TV – something that would be impossible to do at scale without programmatic technology.

“We’ve had great success with this product in EMEA and expect similar results in Australia and New Zealand,” she said.

Another business advancing in programmatic is Rocket Fuel. Its MD Australia and New Zealand JJ Eastwood, says as programmatic TV is set to be $100+ billion global market by 2020, this presents a huge opportunity to all involved. As such, Eastwood, said its product team is already working to be a key player in the programmatic TV space with “cutting edge alpha products” coming to market in 2015.

Also aiming to bring the two worlds of television together; the traditional world of linear TV trading and the new world of online video and IPTV, despite some industry scepticism as to who will be first to market, MCN and Adap.tv are tipped to officially launch the joint offering next month.

TV and video movers and shakers

Mark Frain, national sales director at MCN, said the hurdle up to now has been simply one of technology and data depth – but this new partnership with Adap.tv will allow is to place linear TV inventory, or more specially linear TV audiences, into a specially developed private marketplace, called the MCN Video marketplace.

However, he said the piece of the puzzle which is lacking in many other markets is the data piece which is big part of the reason why it hasn’t launched elsewhere in the world.

MCN’s 110,000 Multiview panel underpins this platform, allowing agencies and clients to trade in a way that they have been accustomed across digital media.

“The industry is moving towards data-led trading and better automation, so MCN made the decision to get ahead of that inevitable trend,” Frain said.

“Given the size and structure of MCN’s network, the MCN Video marketplace was a logical step and one that has been built in consultation with our agency and client partners for over two years.”

MCN will use its Multiview (Australia’s largest TV panel in more than 100,000 homes) data to power the trading of linear TV audiences. The Multiview viewing data is overlayed with consumer data from Quantium, meaning it can target based upon actual, rather than claimed, behaviour.

Frain said the end result of a dynamically scheduled campaign is a more tightly targeted, and therefore a higher quality campaign outcome, and that this adds greater relevance to TV trading and brings it up to speed with online video trading capability.

With a focus on consumer category preferences, rather than individual viewer behaviour, Multiview targets those more likely to spend in particular categories, for example, looking at homes that are buying premium brands versus more mainstream product categories.

“This model starts to reward clients and agencies efforts in segmentation of their customer base. Instead of being forced to buy a blunt demographic on TV when you reach the implementation stage, agencies and advertisers can start to match their segmentation work with similar Multiview segments through MCN. That’s a significant strategic step forward for TV, locally and globally,” Frain said.

It is in advanced discussions with each of the agency buying groups locally to identify their launch advertisers.

Frain said there is a real appetite for this product and an awareness of the benefits it can deliver agencies and their advertisers, around better targeted, more efficient trading of television

“All agencies are philosophically on board with this development but this requires a change of behaviour across the industry so to begin with we are working with fewer clients to both educate and provide proof of concept around this new trading capability,” he said.

Mitch Waters, MD of Adap.tv, the technology partner powering the MCN private marketplace, said it will be the first to be able to offer audience buying across all their properties, regardless of the medium and that other markets do not have this level of integration.

He said MCN is “putting a stake in the ground” as a leader moving the Australian $4 billion TV industry forward towards unified ad sales across TV and digital screens.

“The key requirements for a programmatic TV platform is to support TV infrastructure, behavioural data to match to audiences and clients willing to accept a new buying methodology for TV. Until recently all these ingredients were not available,” Waters said.

TubeMogul's MD Sam Smith said TubeMogul Programmatic TV, its self-serve software for automated buying of TV ads, is generating a lot of interest since launching in the US in December and that the business celebrated a few major milestones, with Mondelez and DigitasLBi buying TV spots programmatically on the Super Bowl and Academy Awards, respectively.

Smith said locally the company is seeing “incredible demand” for programmatic TV and has been speaking to all of the major broadcast networks and data providers to scope and develop the opportunity in this market.

“We have done our due diligence on the nuances of the Australian market and we are now investing in customisation for this market,” Smith said.

He stressed that the demand for automated buying of TV ads is nearly universal.

“We are seeing the greatest interest from programmatic video traders, who have a solid understanding of how to leverage the tools to drive the most efficient audience delivery for their clients - that is, the traders that have the ability to embrace all-screen trading,” he said.

“We believe initially that demand will not come from TV budgets. It will likely come from video budgets and marketers who care about video efficiency across all screens.”

Looking at other TV and video developments, Ben Green, sales director programmatic, audience and native ads and direct sales director at Yahoo7 and Yahoo NZ, said it is also improving product experience across its catch-up TV service, Plus7, as well as increasing and diversifying its content portfolio leveraging more Channel Seven content, and looking at more partners and more devices to make its video content available to our audiences.

What else is going across programmatic TV that interests you? Comment below and let us know.

For more on what is happening in the programmatic space check out this week's AdNews in-print Special Report on Programmatic. It features Krux, Rubicon Project, Cadreon, Accuen, News Corp, RadiumOne, Fairfax, SpotXchange, PocketMath, Sizmek, VivaKi, Foxtel – and more. Subscribe here for your in-print or iPad copy.