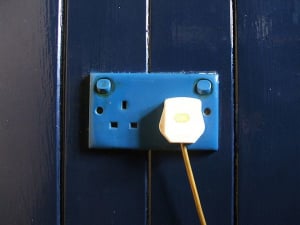 Following Monday's news that Video DSP TubeMogul has tied up with digital out of home (DOOH) ad exchange Site Tour, to enable ads on thousands of digital screens across the country to be bought programmatically, we caught up with TubeMogul Australia and New Zealand MD Sam Smith, to find out more.

IPG's trading desk, Cadreon Australia, is the first client to test the offering as Cadreon centralises video ad buying through TubeMogul, meaning it can plan video across screens within a single platform.

It means clients of TubeMogul’s platform can now buy ads on thousands of billboards, kiosks, train stations and elevator screens across Australia programmatically. Targeting is available by panel, location and day part.

Smith said the deal has been in the pipeline for a few quarters, but as a big part of its company culture is about doing “what we say” it waited until the product was live and had been tested to announce the deal.

“Cadreon spearheaded this partnership,” Smith said.
“The main goal was to make digital out of home buys more automated and data-driven and consolidate them using TubeMogul, since they already plan desktop and mobile video through our software. The ultimate goal is to have one platform for planning, reporting and optimisation.”

Cadreon put global tech companies in a pitch situation and chose TubeMogul as their global launch partner. Smith said driven by that, it became the first to collaborate with Site Tour from the buy-side and plug into its newly created exchange, with Cadreon as its beta partner.

Smith said it's about driving awareness and reinforcing a brand's message as it will be rolled out on screens that people see every day. From billboards to elevator screens and more.

As TubeMogul is a public company, Smith wouldn't make forward-looking statements predicting revenues of specific products or anticipated adoption rates or targets. That said, Smith said he is hearing a great deal of interest, particularly from digital advertisers and trading desks whose skills were honed in the world of programmatic buying and are “excited to apply these skills to what was traditionally an analog medium”.

On the subject of who this new offering will appeal to, as Cadreon executes campaigns for IPG Mediabrands' agencies, Smith said, naturally he expects to see an up-tick across all verticals.

“There are some verticals for whom the interest is obvious. For instance, a media company promoting a new movie might run an ad on a digital screen near a movie theatre on a Friday night. Or a confectionery brand might target viewers in an office during the time of day when many are hungry for a snack,” he said.

He said in contrast to the traditional process for buying outdoor ads – which typically involves months of planning, with reporting that takes weeks to get back – marketers can now plan, buy and enjoy the fluidity of moving and optimising their campaigns.

“Ultimately, though, it's about branding again. By making this format more targetable and flexible, you change the branding possibilities.”

And why the big deal? Why now? Smith explained that consolidating brand advertising through software ultimately means an advertiser can plan “holistically across screens”, with one set of reporting and insights to inform optimisation.

“This is important because in a world where viewers are watching everywhere, you need to have better control over who sees which ad, and where, and to drive results. Having one set of reporting also ensures that insights aren't trapped in silos.”

When it comes to measuring ROI on this, Smith said reporting is available to make “assumptive measures” on how many people saw each ad.

“We report on where the ad is located, which ad ran and more. We also use brand lift metrics across formats, whether from our own BrandSights or third parties, to measure impacts on purchase intent or offline sales,” he said.

TubeMogul is working closely with Site Tour on the next phases and Smith said there will definitely be more inventory and likely new formats, targeting options and more to come.