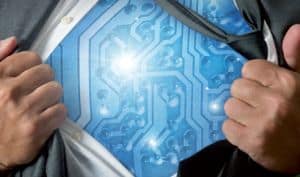 As part of the AdNews Programmatic Special Report in the current issue (3 April) we asked those in the know what their one major prediction for programmatic is. Here's what they think - what do you think?

3: Ben Green, sales director programmatic, audience and native ads and direct sales director at Yahoo7 and Yahoo NZ said: “Programmatic stops becoming a separate ‘product’ or ‘channel’ and simply becomes the way we automate the execution of campaigns - much in the same way we don’t think about ad serving in responding to a brief."

5: Patrick Darcy, RadiumOne commercial director Asia Pacific, said: “There will be no ‘programmatic’ in years to come, data and automation will be a natural and embraced part of all of our jobs.”

6: Carolyn Bollaci, VP global accounts at Sizmek, Asia-Pacific, said: “We will see a resurgence in creative executions. Now that programmatic is becoming more mature, it’s time for the creative and exciting messaging to follow.”

7: JJ Eastwood, MD Australia and New Zealand at Rocket Fuel, said: “The change in consumer behaviour is forcing legacy business models to evolve for the media and advertising industries. We call this digital warming – what was once solid is now liquid. Photos, music, books are all available as digital content. We are going to see more change and disruption in the next five years than we have witnessed in the last 50. Eventually all media will be digital and the vast majority of it will be traded programmatic creating a whole new world of platforms and vehicles for marketers to tell their stories.”

8: Daniel Rowlands, director of supply APAC at SpotXchange, said: “Programmatic was once a space populated by hoards of software providers. The market is already starting to consolidate – we’ll see providers merge, many die, and within two years supply side platforms (SSPs) and ad servers will no longer exist as stand-alone entities in their current form. Publishers are looking for an integrated, one-shop stop for their programmatic sales platform. Their inventory is cross-channel. It sits across different devices, sales tactics (direct sales and indirect) and formats. In order to survive, SpotXchange and the entire industry – these companies on the supply side – have to become the entire solution.”

10: Mark Frain, national sales director, MCN, said: “Programmatic will cease being a separate stream of buying and selling.  Buyers will adopt it as part of the broader buying strategy and utilise it where it makes sense.  Sellers will educate and enable their sales teams to utilise programmatic trading principles to more efficiently trade with their agencies.”

12: Sam Smith, TubeMogul Australia/New Zealand managing director, said: “In the future, we believe that all media will be transacted programmatically – it’s a no brainer.  I am very excited about the rise of programmatic creative, as are the brands and agency partners that I speak to. Programmatic is about more than just reducing waste in advertising; it’s about making advertising more relevant to the viewer.  The ability to launch a new creative ad campaign and execute it programmatically is of terrific appeal to fast-moving brands that desire quick real-time messaging, and we expect to see this area explode in Australia in the next year.

"Technology can make ads that are more customised to the viewer than ever before. If you realise that vision, not only does viewability go up, but so does a consumer's perception of advertising in general. We may live to see the day where advertising is never accused of being intrusive or annoying.  The barrier today is that most advertising agencies are splintered between media buying and creative, which speaks to the importance of collaborating through software. If creative and media agencies adopt the same platforms, they can learn from each others' data.”

Did you see Programmatic TV – a race to the top? Also, for more on what is happening in the programmatic space check out the AdNews in-print Special Report on Programmatic. It features Krux, Rubicon Project, Cadreon, Accuen, News Corp, RadiumOne, Fairfax, SpotXchange, PocketMath, Sizmek, VivaKi, Foxtel – and more. Subscribe here for your in-print or iPad copy.