With Collective hires for next wave of growth 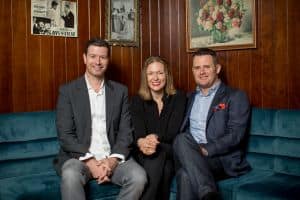 Off the back of being appointed to some of the biggest accounts in the country, With Collective is hunting several new staff members to ready for its continuing growth.

Last week it was announced With Collective had not only been appointed to the Optus creative roster, but the agency was also named on the Virgin Mobile roster. Making it the only creative shop to be working across both brands.

The agency was also named on Qantas' agency roster, being tasked to work on the brand as well as its frequent flyer program.

In order to service its new wins, With has already had five new starters join this year and the agency is currently hunting for an account director, account managers, a head of planning, as well as junior and mid-weight creative talent to continue its upward trajectory.

With Collective has had a successful six months, which started with former Droga5 ECD Steve Coll joining the agency in July last year.