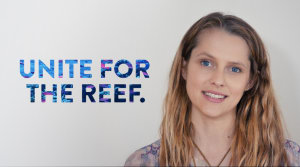 With Collective has worked with Earth Hour co-founder Andy Ridley to launch a gamified social movement that encourages people to take small actions to help save the Greet Barrier Reef.

The social movement, called Citizens, encourages people to record what actions they are taking to save the Reef, from saying no to straws to reusing coffee cups.

The agency is describing the technology as a "FitBit for the Reef" with every action recorded creating a total score for users.

The campaign is being launched today during the Reef's annual coral spawning season. 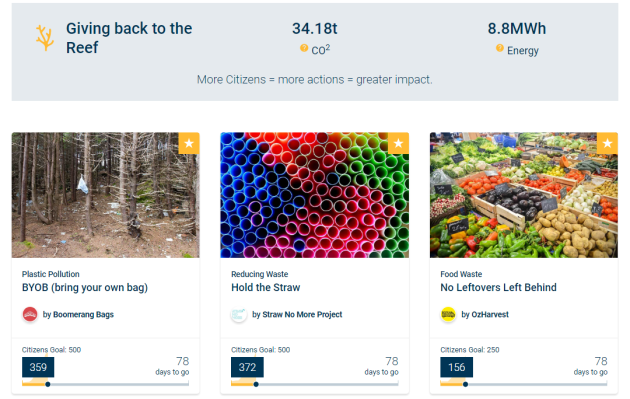 People can record their environmental actions through the website

“As the Reef bursts to life in all its beauty below the surface, we’re going to flood people’s social media feeds with it above the surface – renaming every colour of the Reef after the Citizens who pledge to protect it," Ridley says.

“We are asking the world to unite as one – like the Reef does – to protect one of the most beautiful natural assets the world has to offer.”

As part of the movement, Australian actress Teresa Palmer has been recruited to front the ad for Citizens, which will be pushed across social channels.

Ridley says the movement was created to show that individual actions can make a different for the whole planet.

“The issues facing the planet can be perceived as far too big for any individual to make a difference,” he says, adding that people will eventually be able to enter their own actions on the site.

Citizens of the Great Barrier Reef will bring awareness to real reef management and conservation projects along the 2,300 kilometres stretch of Queensland’s coastline, such as protecting turtle habitat.

Through the Citizens platforms, people from around the world can follow and support these projects.

With Collective co-founder Dom Hind says: “We’ve been doing lots of things to reduce the agency’s environmental footprint. It's something I’ve become particularly passionate about. So when Andy got in touch about Citizens of the Great Barrier Reef, and spoke to us about their ambition of creating meaningful change for the Great Barrier Reef, we jumped at the chance."