Why it's 'arrogant' to think agencies are a force to stay 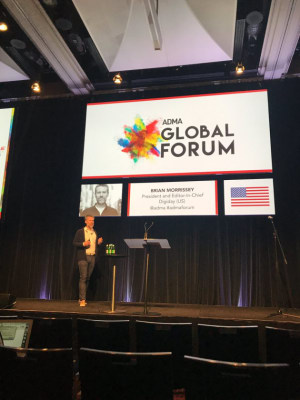 From transparency calamities to programmatic troubles and the self-purported churn and burn culture, agencies have been on the rough end of an uncomplimentary comment or two.

Naturally there’s been stacks of high praise too, but when it comes to being likened to the common, hardy and ancient insect – the humble cockroach – is that deemed a good thing?

Speaking at the ADMA Global Forum held in Sydney, Digiday editor in chief Brian Morrissey said: “Agencies are like cockroaches, they never die”. The comment plays into the fact that the insects can tolerate a wide range of environments from Arctic cold to tropical heat, are long surviving as can be traced back to some 320 million years ago and are known to be incredibly resourceful and good at adapting.

Urban legends say cockroaches are immortal and even pop star Madonna famously quoted, "I am a survivor. I am like a cockroach; you just can't get rid of me".

So is this a good parable for agencies?

Jimmy Hyett, managing director and founder of the Media & Production Partners agency and ex-MediaCom director disagrees with the cockroach comment.

“It would be arrogant to think that we are a force to stay,” Hyett says.

He says the evolution of media from what it used to be, to where it is now has come and gone already and now it’s rapidly evolving again to the “unknown of what media will be in the future”.

“The agency model as we know it won’t exist and those that are slow to change won't be cockroaches weathering the storm… any agency that feels they can’t die is likely to be the first to be closing their doors.

“Agencies need to move past the mindset of evolving just to survive. They need to focus on evolution to lead, invent, flourish and create a new future of media.”

In his talk Morrissey said agencies aren’t going anywhere but that could work in favour of publishers. He predicts agencies could adapt by starting to buy publishers as they look to bolster their content offering.

We must be smarter to survive

He says the risk with agencies buying publishers is that they lose their media and vendor neutrality and without this neutrality, “the game is up for agencies”.

“We have to be smarter than the opportunistic cockroach to survive,” Stephens says.

“What we know for certain is that the current agency model will not exist by 2020. Agencies won’t be paid for placing media and digital creative is becoming automated at a rate few industry professionals understand.”

Stephens says thriving agencies of the future will become owners of valuable audience data and behaviour, no matter what publisher these audiences visit.

“They’ll have something clients need that can be integrated with the data sets of Google, Facebook and the clients own data. There is plenty of opportunity for agencies, creative or media, however an investment in change is required now.”

Hypersensitive and vulnerable to disruption

Chief accelerator at performance marketing agency Speed and ex-CEO of ZenithOptimedia, Ian Perrin, argues that given cockroaches are the most resilient of creatures who can adapt to extremes, “this is the ultimate compliment”.

“They have had to evolve and adapt faster than most other business models, and have helped their clients do the same. So call me a cockroach any day, just as long as it’s a fast one,” Perrin says.

Stephen Fisher, GM at agency Hatched Media and former Initiative MD, says as a service industry media agencies are constantly adjusting to a changing world and dealing with competition on all sides - and as such evolving, adapting and planning how to stay ahead of those challenges has been part of agency DNA for some time.

“Anyone who doesn’t act that way isn’t around for long,” he says.

“Survival is something that cockroaches have excelled at it and they managed to thrive in almost every environment they find themselves in. Agencies failing to adopt some of those traits may be in danger of imminent extinction”

Put simply, CEO of independent agency Atomic 212 Jason Dooris, says like all middlemen, the media industry is hypersensitive and vulnerable to disruption.

“We are in the business of maintaining and reinventing our clients' brands. It goes without say that we should be able to do this for ourselves,” Dooris says.

He says like dinosaurs, if agencies "fail to evolve, adapt and change we will die", but like 'cockroaches' they are being more resourceful.

"Clearly they [cockroaches] are doing something right - like being super resourceful, apparently they will even eat your eyelashes," Dooris adds.