What the Real Housewives of Sydney means for Foxtel 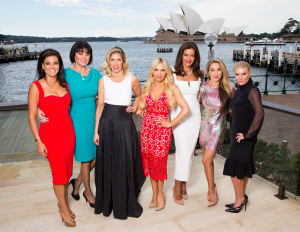 The Real Housewives of Sydney cast was revealed earlier this year

When Foxtel announced it was bringing the Real Housewives franchise to Sydney the cheers of reality TV fans everywhere could be heard across the nation.

The glamorous show that highlights the very best of backstabbing, bitching and befriending in upper class society, rides on the coattail of The Real Housewives of Melbourne’s (RHOM) success.

The RHOM saw several well-heeled women try to get a long for three seasons, ultimately failing in the last reunion where someone was called a dumb, fat bitch. While the show created a platform for insults to be hurled, it also launched the opportunity for lucrative deals to be made.

The stand out star of the RHOM Gina Liano launched a fragrance off the back of her new found fame and was recently named the fourth personality to contribute to Yahoo7’s lifestyle platform, Be.

It’s these partnerships which Foxtel and MCN say drove the decision to introduce the Real Housewives of Sydney (RHOS).

“As you can see from the success of the Gina by Gina Liano fragrance campaign, there’s a heavy aspirational element that is driving the appeal of Real Housewives – people identify with the show’s stars and wish to share in their experiences in life, which in turn means that audiences are highly engaged and receptive to content that ties into the show, especially when endorsed in some manner by one of the cast members,” Foxtel group manager of advertising and brand partnerships Will Lewis tells AdNews.

Lewis says the RHOM has proved to be a huge success since its launch in 2014 both in ratings and in commercial interest.

“There has been huge interest by advertisers to leverage the strength of the brand into the Real Housewives of Sydney season, which comes in 2017,” he says.

“We expect similar success stories from the Sydney version of the show, and the Real Housewives brand as a whole as the franchise continues to develop.”

Gina Liano’s perfume was launched via Chemist Warehouse and through a multichannel campaign, which included a TV commercial and OOH advertising.

“It proved to be a massive success, with thousands of units of the fragrance being sold. This demonstrates the power that the Real Housewives brand has, coupled with a strategy that begins on TV and extends across PR, social media and into a fully integrated marketing campaign,” she says.