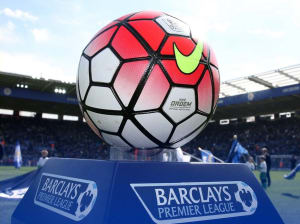 After the Optus own goal, Foxtel has quickly gone on attack and netted another goal by securing delayed coverage to key EPL matches. Foxtel 2-0 Optus.

Foxtel subscribers will have delayed match coverage of every Premier League fixture involving the six most popular clubs in what is a further blow to Optus.

From July, Foxtel sports subscribers will be able to watch LFCTV, Chelsea TV and MUTV, plus blocks of programming from the club channels of Arsenal, Manchester City and Tottenham Hotspur - at no extra cost.

This also means that fans of other Premier League clubs will be able to see at least 12 games each season.

The deal will have a direct impact on Optus, which forked out $190 million for three seasons of exclusive Premier League broadcasting rights in a strategy to attract new customers. Two days ago, Optus revealed it is only allowing its own customers to watch live coverage of the EPL through bundle packages. This angered many fans who are contracted to other carriers and the strategy was criticised on this website.

Foxtel's delayed coverage of what traditionally are the biggest matches of the season is another hook for fans who might have considered switching over to its rival.

Aside from delayed EPL match coverage, which must be at least 24 hours after the game, club channels provide fans with exclusive interviews, youth games and behind the scenes content.

Earlier this year, Foxtel secured a deal with BeIN Sport, which has coverage of Europe's premier competitions - the Champions League and Europa Cup - as well as the top European and South American leagues outside of the UK.

"The addition of these dedicated new sports channels is a huge win for English football fans who subscribe to Foxtel," Foxtel CEO Peter Tonagh says.

"These channels, along with the recently announced beIN Sports channels, will be compulsory viewing for all fans of international football and will also complement the Fox Sports coverage of the local A-League competition."