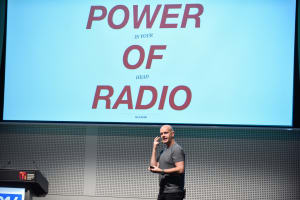 If Mark Ritson’s view is that radio isn’t selling itself well enough to agencies, it’s one that media agencies can agree with – broadly at least.

A panel of media agency execs from the strategy and trading sides of the equation shed some light on the friction points, and the areas where there are gaps in knowledge that are preventing radio getting a bigger share of advertising dollars, at the National Radio Conference.

While the panel disagreed that agencies see radio as “uncool”, Carat head of investment Peita Pacey described efforts from networks adn stations to promote the medium to agencies as “hit and miss”.

“Some networks and stations do it really well. They give us a lot of info, come to us proactively with ideas, and seek a deep understanding of our clients’ business. But some networks and stations don’t do it as well as others. But I can tell you right now, hardly anyone [in radio] ever comes to see strategy teams and that’s where the decisions [on media] are made – at the beginning,” she explained highlighting that radio sations are missing the opportunity to be a core channel.

Education gaps
Digital radio – while growing – is an aspect of the industry where there seems to be little or no education going on. If the radio industry wants to see increasing revenue in digital radio and greater uptake from audiences, it needs to give agencies the knowledge they need to make decisions and get DAB on media plans.

All of the panel urged more conversation around DAB radio. It’s a catch 22 situation because currently DAB doesn’t have the scale to make it viable, and streaming platforms such as Pandora or Spotify are seen to be able to provide a more data-led solution making them a better buy.

“Sell it to me,” said Starcom senior investment manager Rebecca Ho. “I want to know more about it. I’m sure it can fit on the plan and provide a client solution, but because at this stage we don’t know too much about it, it’s not on the plan.”

Collaboration and ideas
One area that would help develop more progressive ideas is unsurprisingly more collaboration between agency teams and station talent so that agencies don’t end up pitching ideas that talent “wouldn’t touch with a 10ft pole” says Zoe May, associate director of Intel at Maxus.

Pacey says: “Our job in the strategy team is to come up with the big ideas – [Hamish and Andy spoke earlier] about not forcing big ideas into a box – that’s what we face constantly. Getting those people at your networks involved in that creative process would be huge.

“I lead the Woolworths strategy and if our team ran a brainstorm and Hamish and Andy were in that room, that would be huge from a client point of view, huge for morale and motivation and it would get radio more entrenched into the campaign idea.”

Regional is difficult
Regional radio emerged as a channel that agencies and clients love – but one that needs more attention and understanding.

“The majority [of agency people] would think there is only one major station in regional areas. The implementation might just be using the same station because they think there is only that one… I’d like to see more from the regional players – I feel we don’t see you as much as the metro stations. Come in and see us … Regional is a lot of spots and dots but that’s not enough these days if we’re talking about long-term partnerships and creating value for our clients.”

Beyond the planning and strategy for regional stations, the process of buying regional campaigns also proved to be a sticking point.

Pacey admitted that it can sometimes be easier to achieve reach by turning to TV rather than regional radio, despite the strategic benefits of the connection local stations have with listeners.

Powerful creative
Buying media across radio is one thing, but there’s a whole separate debate around the creative that ends up on air. A separate session later in the day from McCann’s chief creative officer Pat Baron explored the creative side of making powerful radio ads and where it can be improved.

Baron provided a collection of best in class radio work from around the world including the Cannes award-winning Berlin Wall of Sound from Soundcloud, KFC’s Man meal and Pedigree’s K9 radio station for dogs.

A question from the audience asked why 95% of radio advertising is “still shit”.

Baron was candid about some of the reasons.

“We can get stuck in a pattern of answering a brief in the same way that we’ve always done it. It’s often not until there’s a real [business] problem tht we do something different. The tendency is to be lazy and commoditised in how we answer a brief – particularly in a channel like radio. Agencies are looking towards digital mediums that seem to be far sexier,” he admitted.

One of the series of radio ad campaigns Baron showed the room was anti-gun law campaign from US lobby group Moms Demand Action, which uses unscripted phone calls between mothers and retail stores asking simple questions such as why it’s OK to carry a gun in their store, but not bring in a pet, to highlight how dangerous and irresponsble open-carry laws are and lobby the retailer to change its policies. (If you don't now it - click here and check it out.)

“That ad says it all. You couldn’t do a better commercial. What I love about it is that it’s the truth. You could create a dramatised situation that will bring a point home but it will never be as powerful as the truth. Something that’s in all the work I’ve shown today is that there’s a core truth … If you can find a core truth, break it down and make it simple, you can come up with wonderful radio work,” he says.

He believes that perceptions are changing of both the medium and what advertisers can do with it and his advice on making great radio work is threefold: Say it straight, say it great, make it great.

“If I was doing any campaign for radio – I would break it down like that and start there. The power of radio is that it gets in your head. That’s the limitation and it’s also what’s exciting about it.”

For a medium which relies on just one sense - hearing - one area Baron believes is overlooked when creating radio ads is casting.

“Talent and casting are everything,” he says.

“We can spend months on the brief and the idea can be with the creative department for weeks and then we do casting in a day. That makes no sense to me at all. Those voices and the delivery, getting the right person is everything. We shouldn’t take radio for granted.”

Here's some more content from the National Radio Conference:

Hamish and Andy reveal their secret to a successful show