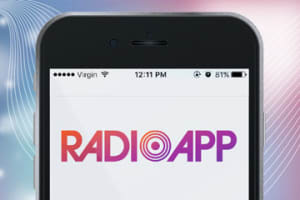 The radio industry has united to launch Australia's first mobile streaming app that provides listeners with access to more than 250 radio stations.

CEO Joan Warner says the streaming app provides listeners with the flexibility to listen to radio whenever they choose across all mobile devices and platforms.

“While radio station and network specific apps exist, this will put live and local Australian radio stations into one easy-to-access app, so listeners can see what’s playing on air and tune in wherever they are,” she adds.

It is part of the radio industry's strategy to stay relevant in a highly competitive industry with the likes of streaming giants Pandora, Spotify and Apple Music competing with broadcasters for listeners.

“We operate in a highly competitive industry, so it’s great to have strong collaboration across both commercial and public broadcasters on a platform that will serve up live Australian content to radio listeners everywhere,” Warner says.

With the rise in popularity of podcasts, RadioApp will enable users to subscribe to podcasts as well as integrate with social media and search for stations by genre.

The app, which will launch in late November, is a similar concept to the UK's streaming app TuneIn Radio, which has been in the market for a few years.

Despite the arrival of global streaming players, live Australian radio consumption still accounts for 64.9% share of listening, according to the first Australian Share of Radio study.

Listening to their own music collections accounted for 13% of listening, while the combined streaming services of Pandora, Spotify and Apple Music accounted for 9.2%. 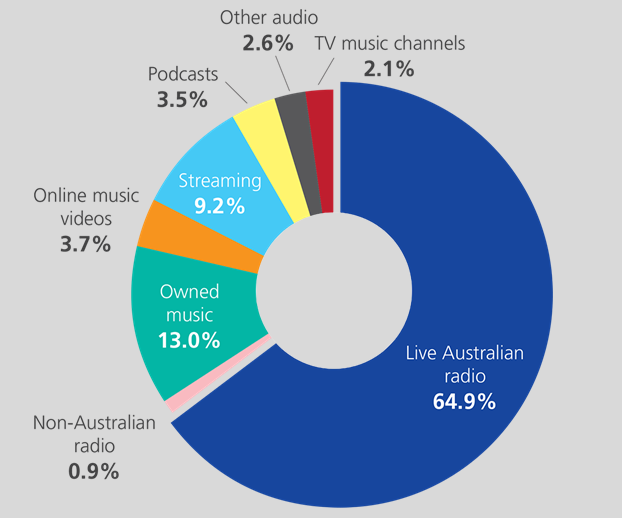 The research demonstrates that while Australians are sampling new offerings, they are still choosing to spend the vast majority of their time with live radio.

“Australian radio is operating in a very competitive space with increasing competition from global players. As the major player in the audio category, it’s important for us to understand how the market is evolving, so that we stay on the front foot of emerging trends," says Tony Kendall, Australian Radio Network CEO and chair of CRA’s marketing and brand committee.

“This study provides us with a snapshot of how and where Australians are consuming not just radio, but the whole audio category.”

Online music videos such as YouTube accounted for another 3.7% of share of listening and podcasts had 3.5% of listening. Just 2.1% of listening is spent on TV music channels and 2.6% to “other audio”, including audio books and music playing at various locations such as in the gym or in pubs.

Warner says the findings showed radio was dominant across the day for all demographics, including younger listeners.

CRA will launch a new industry marketing campaign next week on the back of the research results aimed at positioning radio as the most effective audio medium for advertisers.

The six-week campaign will go live next week across online, trade marketing and social media.