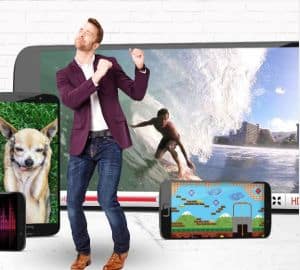 It's all change for Vodafone this year. Vodafone's new CMO and agency Cummins&Partners started on the job last week. A new brand concept is on the way and the Live More Internet slogan is going to fall by the wayside.

The telco's new creative agency Cummins&Partners, which AdNews revealed was launching a Sydney shop to service the account is also getting into the saddle this week.

Vodafone says that it's too early to talk about what it has planned in terms of creative strategy, brands or ad concepts, but the Live More Internet slogan that was introduced in 2014 isn't going to be around much longer.

The slogan was introduced as part of a campaign designed to promote Vodafone's 4G network international roaming product.

It followed the ill-fated Kidults campaign that was created by former creative agency Ogilvy, and seen as a way for the brand to get back on track with a more product based message.