Vodafone puts creative up for grabs, Ogilvy out 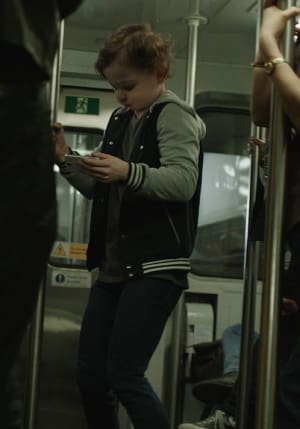 Vodafone has put its creative account out to pitch after less than three years with Ogilvy, AdNews can reveal.

Ogilvy told AdNews it would not be competing to retain the business.

The telco confirmed the review will begin next week and comes just three months after the appointment of a new CEO.

The company's media account, awarded to Bohemia in December, is not part of the review.

In a statement to AdNews Vodafone said: “Vodafone has today confirmed it will begin discussions next week with a shortlist of agencies ahead of a request for proposals for its full creative services.”

“The brand has its sights firmly set on 2015 and says now is the right time for review in the final year of its three-year turnaround strategy.

“The brand has worked with Ogilvy since 2012, including on successful campaigns such as 2013’s ‘Discover the New’ 4G launch and 2014’s ‘Live More Internet’. ‘Live More Internet’ is currently in market and includes a highly visible outdoor local area marketing campaign targeting 4G network areas and TVCs focused on its market-leading $5 international roaming product and strength of its mobile network.”

Chief Marketing Officer Kim Clarke said the relationship with STW Group and Ogilvy remains strong despite the decision to review.

“We are pleased with how our brand health is tracking and owe our thanks to Ogilvy for their role in helping us tell our 4G network story and communicating the benefits of data to our customers in a language they understand,” Clarke said.

“We’ve seen a real shift in our net promoter score, trust and considerations metrics over the past few years, and there’s no doubt our creative agency’s work has played a role in that.”

A Vodafone spokesperson said the telecommunications creative space was increasingly competitive internationally as brands moved to own data and internet while the proliferation of smartphones, tablets and LTE (4G) networks continued to grow.

“We are very much looking forward to speaking with agencies about how we might creatively execute the next phase of our growth in line with our strategic direction,” Clarke continued.

“We’ve made some very good ground over the past few years and we want to continue to strengthen our brand consideration in Australia.”

However, Ogilvy CEO David Fox said the agency was disappointed at the decision to review.

A statement from the STW agency said: "Ogilvy’s CEO David Fox said he was naturally disappointed to hear news of a pitch however stood by the work the agency had done for Vodafone Australia over the last two years.

Fox said: “It is a very challenging category. I know our team has worked tirelessly to push the Vodafone brand forward. We will continue to work with Vodafone Australia until such time that a new partner is appointed.”
Fox confirmed Ogilvy would not participate in the creative agency review.

Vodafone appointed Inaki Berroeta, the head of its Romanian network, as Australian CEO in March after the resignation of Bill Morrow, who left to head up the National Broadband Network.

Morrow launched a major rebuild of the network focused on delivering 4G after failures led to a mass exodus of customers.

Ogilvy was awarded the creative account in February 2012, winning it from Host, which itself had worked with Vodafone for two years.

Have something to say? Send us your comments using the form below or contact the writer atsimoncanning@yaffa.com.au