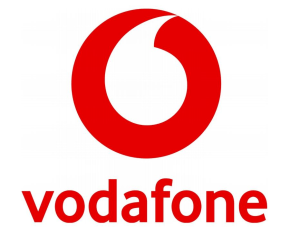 Vodafone has unveiled a new global position that centres around the excitement the future brings, axing its ‘Power to You’ slogan and introducing a new-look logo.

In its latest repositioning, the telco is introducing the strapline: “The Future is Exciting. Ready?’

The new brand will first be unveiled in Australia at the Gold Coast 600 Supercars event later this month.

The telco says the new positioning reflects its “relentless focus on delivering customers connectivity, choice and freedom now and in the future”.

Vodafone introduced the Power to You slogan in 2009, but has had several different propositions in Australia since then.
Two years ago Vodafone unveiled #BigLittleProtest, which the marketing director at the time told AdNews was a way of reassessing what ‘Power to you’ meant in Australia.  Before that it launched the controversial and ill-fated Kidults work.

It had also changed creative and media agencies a number of times.

In March this year it appointed JWT, having parted ways with Cummins&Partners after less than two years. The agency declined to pitch for the business and the move aligned the Australian arrangement with global agency relationships within WPP. Before that the business sat with Ogilvy.

A year ago Vodafone moved its media account out of Bohemia after seven years, putting it into GroupM and creating its bespoke ‘Team Red’ set-up. The move replicates global arrangements.

It also axed its CMO role earlier this year, putting consumer business director Ben McIntosh in charge of marketing and sales. The move marked the fifth marketing leader for the Australian business in almost as many years.

McIntosh says: “The wants and needs of our customers have changed, and with that we’ve changed too. We’ve evolved our products and services to give customers more choice and more freedom. From no lock-in contracts to personalised service, $5 roaming, where you can use your plan for $5 extra per day in selected countries, and the fresh approach we’ll bring to broadband – we’re making sure customers are at the centre of an exciting future.

“We challenge the status quo and push the boundaries to give people something that they won’t find anywhere else. This is a natural evolution for Vodafone that reflects our desire to disrupt traditional conventions and provide real change for the future.”

Vodafone is preparing to open a new flagship store on Sydney’s George Street later this month, which will be the home of the new brand.