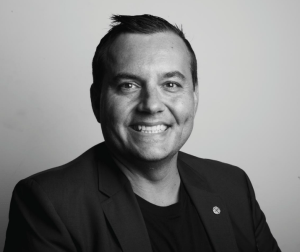 WPP AUNZ can confirm that former Y&R CEO Pete Bosilkovski has decided to leave the agency to" pursue his own business interests".

In a statement today, Bosilkovski says the VMLY&R leadership structure "is a different brief" and that he had been enticed to join Y&R by the offer of a very specific brief to "revitalise the brand".

Following the merger of WPP-owned agencies VML and Y&R, Bosilkovski had worked in a joint CEO capacity with Aden Hepburn, to integrate both brands as part of the global VMLY&R merger.

"The opportunity to work with (former) WPP AUNZ CEO Mike Connaghan, who I have had a great professional relationship with for a long time, was an absolute bonus," Bosilkovski says.

“I’m exceptionally proud of my talented team, their commitment to executing our transformation plan and the successes we achieved in my time in the role."

Read more: A brief history of VML and Y&R

WPP AUNZ interim CEO John Steedman says throughout the integration, Bosilkovski has played an "intrinsic role" within the business.

As the process nears completion, Bosilkovski has opted to pursue other opportunities and "seek new challenges".

“It has been highly beneficial to have Aden and Pete work together as joint CEOs particularly in the early stages of the merger," Steedman says.

"Both have been working tirelessly to bring VML and Y&R together in this market to create what is already proving to be a market-leading, fully integrated digital and creative offering, and we thank them both for their professional approach and keen eye for optimal business outcomes.

The agency leaders had varying skillsets going into the merger with Bosilkovski spending his career in legacy agencies like Leo Burnett and JWT, while Hepburn has grown his expertise within smaller, digital shops.

AdNews understood at the time that Bosilkvoski was unaware of the upcoming merger when he joined Y&R in March 2018.

Since the announcement of the merger and the decision to create the joint CEO roles, speculation had been mounting as to when either Bosilkovski or Hepburn would exit the business.

WPP announced the creation of VMLY&R, in September 2018, uniting the two brands to deliver a "contemporary, fully integrated" digital and creative offering. The new agency is led by global CEO Jon Cook, reporting to Mark Read, CEO of WPP.