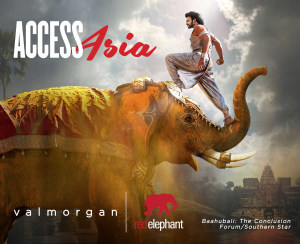 Cinema ad sales house Val Morgan is tapping into the benefits of being owned by Chinese cinema group Wanda Media, as it ramps up its ad offering to give brands better access to the Indian and Asian markets.

As a result, Australian cinema chain Hoyts, which is also in the Wanda Media portfolio, is launching a reciprocal programme via Val Morgan, that will help Australian advertisers to break into the lucrative market and advertise in China.

As well as helping brands make connections in China, it's working with Wanda to open up opportunities for Chinese brands wanting to raise their profile in Australia to advertise to Australian audiences.

So far, Val Morgan has already had enquiries from three clients following its launch at the cinema company's upfronts last week.

Val Morgan MD Dan Hill says it’s a recognition that there are commercial opportunities clients can benefit from across the wider group.

"If your client is looking to break into the Chinese market, we can help you," Hill puts it simply.

The cinema advertising group is also expanding its Access Asia programme which launched a year ago in partnership with multicultural specialist Red Elephant to further connect advertisers with Asian and Indian communities.

“The census information is incredible, it’s startling the cultural mix of Australia. I think it's  one in three families in Australia are from an overseas background or don’t have English as their first language. The bulk of that is Chinese and Indian or sub-Asian and Asian. What  we’ve done is create a package that looks at taking advertisers and matching them with those audiences," Scivetti says.

“It’s a huge opportunity and we've had good success with it, but I’m underwhelmed with the media world’s capability to take advantage of it.”

AdNews is doing something to help shine light on the issue with our AdNews Live! Reframing Australia event. Val Morgan has come on board as a sponsor to demonstrate how key an issue it is, and will be presenting some of its exclusive findings and how cinema can help bridge the gap between advertisers and their super-diverse customers at the November 15 event.

Val Morgan is a sponsor of the upcoming AdNews Live! Reframing Australia event, which is focused on looking at how agencies and advertisers connect with, market to and engage modern Australia.

Advertisers and agencies that aren't thinking about the diversity of their audience won't be around for long. Tickets are still available.

Hill continues: “Cinema is the number one out of home pastime for Australians - more people go to the cinema than anything else [in entertainment] so we feel that we’re in touch with the everyday Australian and Access Asia Is a component of that.

“The movies is a very traditional, interactive family oriented thing for the Indian community. That’s the same for everyone. So, for instance, if I was selling insurance, I’d be in cinema, because there’s no better time to talk to people about life insurance when they are sitting with their most prized possessions - their family. That’s what it offers."

AdNews Live! Reframing Australia is on 15 November in Sydney. Tickets are available now at adnews.com.au/adnews-live-reframing-australia