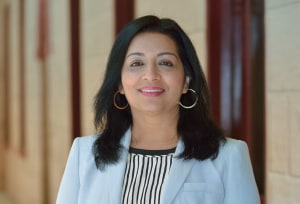 Dr Mehreen Faruqi, the first Muslim woman elected to any Parliament in Australia, will give the keynote opening address at 'AdNews L!VE: Reframing Australia' in Sydney on 15 November.

Mehreen joined the NSW Legislative Council in June 2013. Since migrating from Pakistan to Australia in 1992 with her young family, Mehreen’s work has focused on developing real solutions to social and environmental challenges.

AdNews L!VE: Reframing Australia – a half day event – will explore the disconnect between the industry and our changing demography, and why brands that do not adopt a more representative approach will lose.

As the 2016 census revealed: 16.2 million people live in major cities. Almost eight million live in the regions. One in five Australians speak a language other than English at home. One in three Australians in Sydney and Melbourne don’t speak English at home. 26% were born overseas. Of 6.1 million families in Australia, 44.7% are couples with kids, while 37.8% are couples without children. Same-sex couples have risen by 39%.

AdNews L!VE: Reframing Australia will pull together the best representatives from the advertising and media sectors to explain how a brand, agency or comms team can reach what can only be described as a re-imagined ‘Straya.

Change is happening fast. Jump on board.

Book your ticket below and save $100.