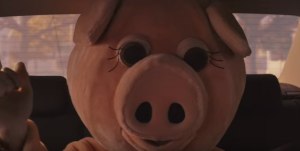 Uber has released its first work from new agency Special Group after being appointed to the account in May this year.

The ad highlights the 3.1 million different Australian passengers and drivers, featuring people of all backgrounds, ages and genders.

It begins with a woman ordering her Uber through the app and jumping in a car. Different drivers and passengers then appear, including a drag queen, a same-sex couple, a person in a pig suit, families and friends.

It is also supported by outdoor advertising.

The undertones of diversity reflect a wider theme in Uber’s global advertising and mission statement. The company has taken a strong stance in support of equality worldwide, including speaking out against POTUS Donald Trump’s immigration ban and in favour of same-sex marriage.

Its 2016 Super Bowl ad featured a varied mix of people and focused on acceptance and belonging.

Just recently in Australia, Uber encouraged its driver to enrol or update their details on the electoral roll to be eligible to cite in the same-sex marriage postal plebiscite.

At the beginning of this year, Uber appointed its first Australian CMO, Steve Brennan, who joined from eBay. It is also brought on MediaCom as its media agency of record.