The Voice hits a high note; more than a million tune in for debut 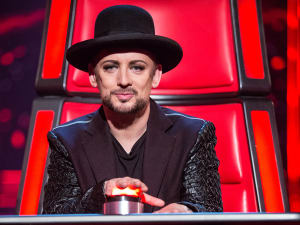 Nine's flagship entertainment show The Voice has started its season with a bang, with its Monday debut episode pulling in more than 1.2 million viewers (24 April) and its Tuesday night episode 1.1m.

The season kicked off at 7.30pm on Monday and features Delta Goodrem, Boy George, Kelly Rowland and Seal on the judging panel. It is backed by sponsors including Arnott’s Shapes, KFC and Mazda.

Though a strong opening, the 2017 launch is down from last year's audience which raked in 1.4m, as well as the prior year which saw an audience of 1.6m.

This week's debut also beat out Seven's successful My Kitchen Rules which brought in an audience of just over a million.

The big moment of the launch episode was 19-year-old Claire Howell's return to the show having been knocked out in last year's battle rounds and turning all four judges' chairs with her rendition of Seal's Crazy.

The show's biggest competitor is Ten's Masterchef which premiers next Monday. The reality cooking show is likely to achieve strong ratings, bringing viewers back to Ten after a spate of low audience ratings.

Seven's Seven Year Switch continues draw in smaller crowds, with the last two episodes pulling in an audience of less than 500k.

The Voice's debut saw Nine taking in nearly a quarter of total viewers on Monday, with Seven trailing behind at 21%. ABC had more than 11% of viewers while Ten pulled in 8%.