The brands that won this year’s Super Bowl 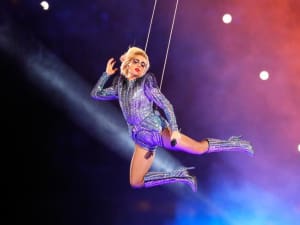 Super Bowl is arguably one of the biggest moments for advertising, with brands paying millions of dollars to have their ad featured during the big game.

This year, viewers sent more than 27.6 million tweets globally about #SB51 during the game.

Pepsi, T-Mobile, Avocados from Mexico and Budweiser topped the most mentioned brands on Twitter, with more than 27.6 million tweets sent about the game using the hashtag #SB51.

Below are the brands that stole the spotlight during this year’s Twitter Ad Bowl, ranked by Twitter chatter:

Vote for your favourite Super Bowl ad of 2017.

T-Mobile aired its third Super Bowl spot, aimed squarely at Verizon, which led to a Twitter war between the two telco brands.

Unfortunately no one will hear your safe word if you're on @Tmobile. 🤐

Interestingly, Verizon decided not to run a Super Bowl ad this year, instead hijacking its rivals' campaigns with its own content - a strategy Volvo and Newcastle Brown Ale adopted in 2015.

Here are some moves @tmobile doesn't want you to see. #UnlimitedMoves #SB51 pic.twitter.com/aiZGXwcjCp

Mr. Clean also took the chance to spark conversation with other brands featured in the Super Bowl, such as Honda and Pepsi.

Wonder why @Honda didn’t use my yearbook photo in their commercial? #MrClean #SB51 pic.twitter.com/tVd1rVf7PH

Australian wine brand Yellow Tail was slammed on social for its Super Bowl ad that featured a DJing kangaroo. T-Mobile also copped some criticism for its spot featuring Justin Bieber.

If you drive drunk tonight we're going to subject you to that Justin Bieber @TMobile Super Bowl Commercial the entire way to jail. #SB51

Coca-Cola repurposed its 2014 campaign that ran during the Olympic Opening Ceremonies. It took a similar approach to Airbnb's Super Bowl spot, focusing on inclusion and diversity, which has been suggested is a swipe at Donald Trump.

Decided by a panel of creative leaders, McCann’s Bad Romance ad for Nat Geo was named the best of the Super Bowl, winning the Super Clio Champion.

Closer to home, on Channel Seven, 1.7m viewers nationally tuned in on its main channel as well as 7mate and ESPN. It peaked at 772k combined (526k metro), averaging half a million combined viewers across the broadcast.

It won its timeslot across all key demons and live streaming, at 3.4 million streaming minutes, was up 35% on the Super Bowl last year.

Seven, which also sells the Super Bowl ad inventory for ESPN in this market, has the rights for NFL 'for a few years' to come. Major sponsors to support the coverage included 20th Century Fox, Isuzu and Airtasker.

Here are some of the best brand tweets from the night:

Our #BigGame spot is out! The greatest of all the #AvoSecrets has been leaked. The world knows #Avocados have good fats. The truth is out! pic.twitter.com/SCMlXOucWj

According to martech company Amobee, Melissa McCarthy, Tom Brady, Justin Timberlake and Cam Newton were the celebrities with the most related digital content engagement.

The brand intelligence business also found Budweiser was the brand with the most Super Bowl ad related digital content engagement, followed by 84 Lumber whose website actually crashed following its campaign.

Budweiser aired an ad showing the immigrant story of their founder Adolphus Busch while 84 Lumber aired an spot showing the journey of a Mexican mother and daughter trying to enter America, with a call to action to visit the 84 Lumber website to see the original version of the ad which was banned from the Super Bowl for being too political.

Many brands leveraged Twitter as part of an integrated strategy to amplify their campaign and encourage conversation. From brands engaging directly with competitors to making social statements, here are a few examples of how they kept the conversation going.

This is the story of our founder and his pursuit of the American Dream. #ThisBudsForYou pic.twitter.com/TuJO7NSEWs

Progress is for everyone. At Audi, we are committed to equal pay for equal work. #DriveProgress pic.twitter.com/pF0t14ido8

Hey @RealMrClean if you want to keep those tight pants stain free, we’ve got your back… The view is spectacular BTW! #SB51 #MrClean pic.twitter.com/NIvxKXgYDq