Australian wine brand Yellow Tail had as much success as the Falcons during yesterday's Super Bowl, with the 30-second spot said to have “humiliated” and “embarrassed” Australians.

The effort, which ahead of the big game was being heralded as the first wine brand to advertise during Super Bowl in nearly 40 years, has been widely derided by viewers following the game on Twitter.

The Yellow Tail Guy asks Gonsalves, as she passes on the beach: “Wanna pet my roo?”

It follows a difficult week in US Aussie relations which has seen Prime Minister Malcolm Turnbull become the butt of a tide of jokes and memes.

Turnbull was mistakenly referred to as Trumble by President Trump's aides after the two leaders had a reportedly frosty phone call over the fate of a thousand refugees due to depart Australia for the US under a deal Turnbull made with former president Barack Obama.

Alongside the TV activity, which ran in 70 local market networkers due to Budweiser's exclusivity deal, Yellow Tail ran a host of activations and social media activity.

Not everyone hated the Yellow Tail Super Bowl ad:

Despite the reaction, AdNews spoke to Twitter to determine the social sentiment and found it was mostly positive.

The top five retweeted Tweets mentioning the brand are all positive or neutral, including @EllieGonsalves who has been retweeted more than 16,000 times alone, which could have skewed the results towards a more positive result. 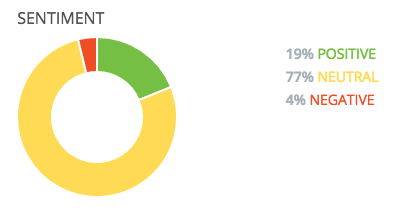